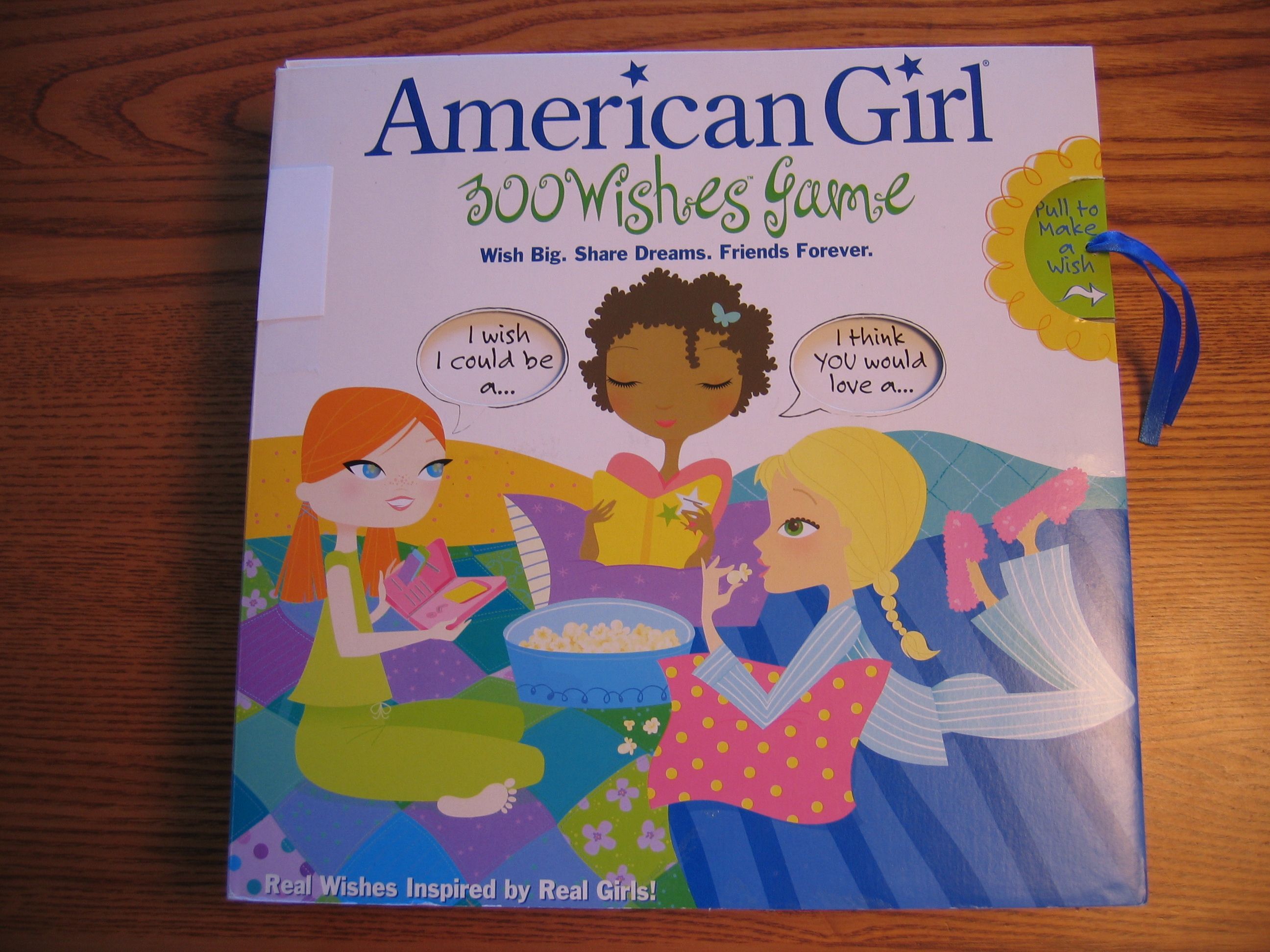 The object is to match wishes with the player who would find them most desirable. Players are dealt "wish" cards which describe personal accomplishments, careers or fun experiences. Each player then anonymously gives one or two wish cards (depending on # of players) to each of the other players by sliding them into their wish diaries. After wishes are passed out, each player examines the wishes they have received and ranks them from least to most desirable. Finally, everyone shares the wishes they received and how they ranked them (often good for a few laughs). Originators of the wishes score points according to how they were ranked by the recipient. After three rounds, the player with the highest score wins.