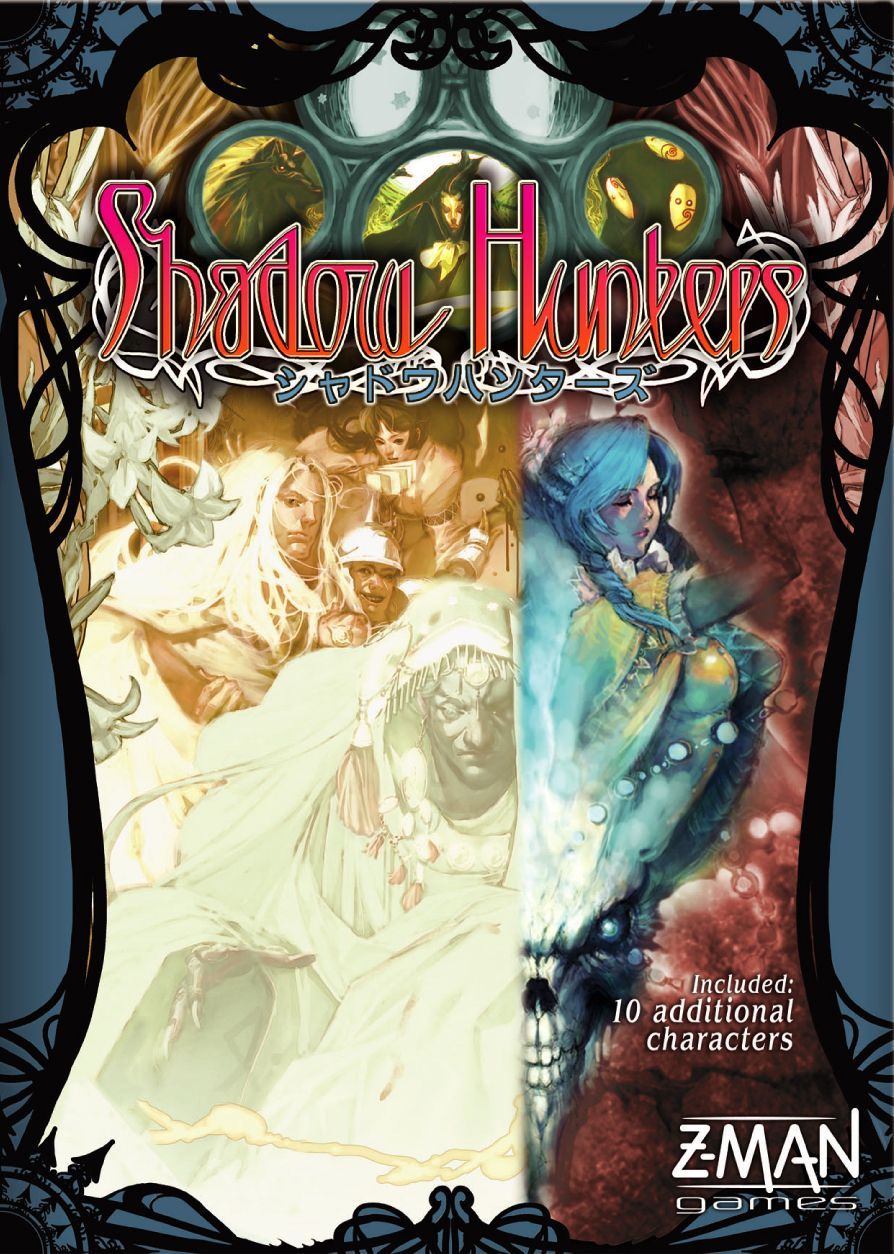 Shadow Hunters is a survival board game set in a devil-filled forest in which three groups of characters—the Shadows, creatures of the night; the Hunters, humans who try to destroy supernatural creatures; and the Neutrals, civilians caught in the middle of this ancient battle—struggle against each other to survive. You belong to one of these groups and must conceal your identity from others since you don't know whom you can trust—at least not initially. Over time, though, someone might decipher who you are through your actions or through Hermit cards, or you might even reveal yourself to use your special ability. The key to victory is to identify your allies and enemies early because once your identity is revealed, your enemies will attack with impunity using their special abilities like Demolish, Teleport, and Suck Blood or their equipment cards such as the Rusty Broad Ax or Fortune Brooch. This ancient battle comes to a head and only one group will stand victorious—or a civilian, in the right circumstances, might claim victory. The 2011 edition of Shadow Hunters from Z-Man Games includes the Shadow Hunters Expansion, a set of ten new characters previously sold separately.