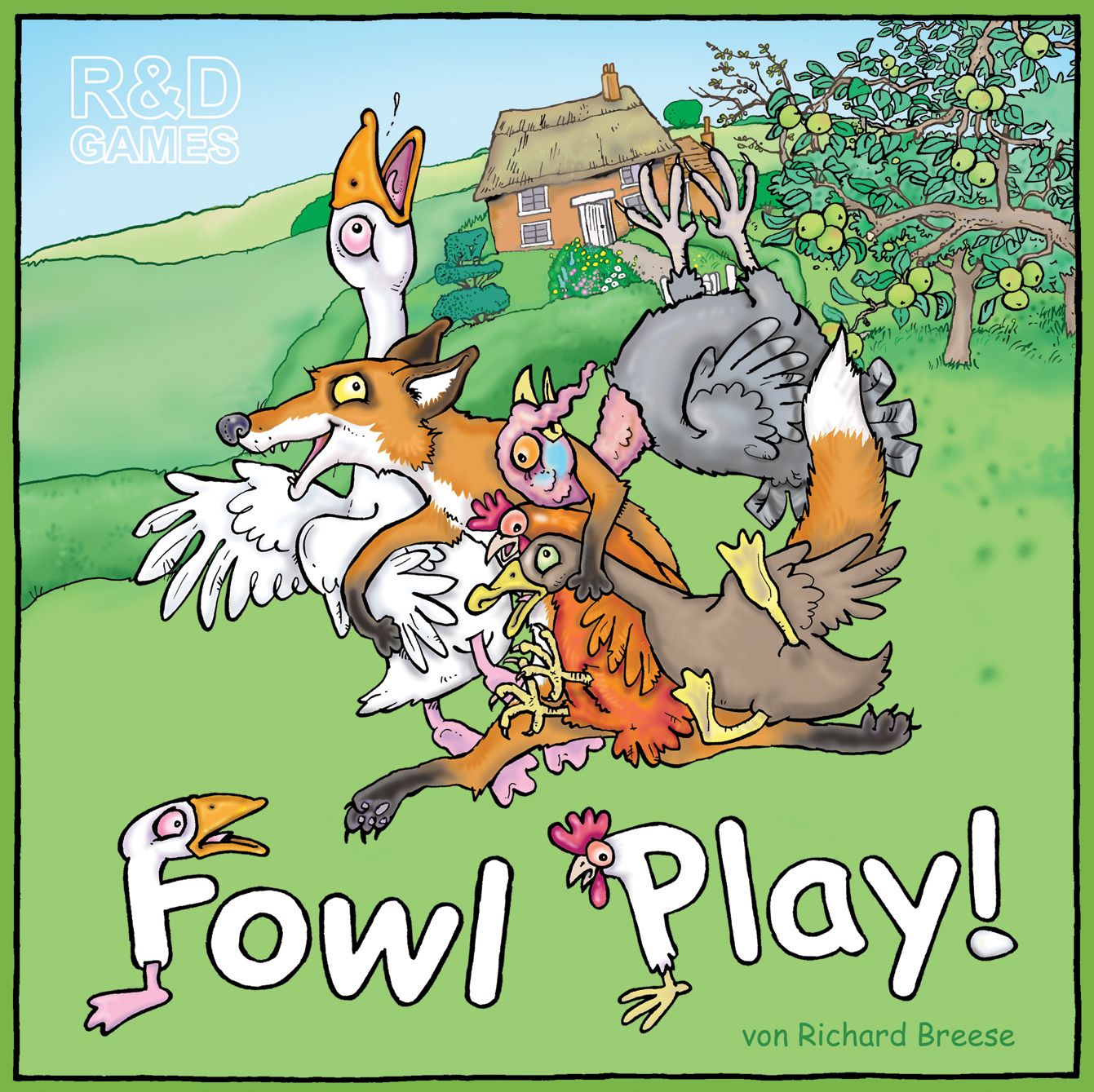 Each player uses their fox to capture some of each of the types of fowl (chickens, ducks, geese and turkey) that are found in the farmyard. Players gain points for the fowl they have captured and also for saving from capture those fowl that share one or more of the same characteristics as their chosen target card. Each round every player chooses to play one of their three fowl cards to determine turn order and which of the fowl counters a player can move. Players may move up to three fowl counters a combined total of up to three spaces on the hex shaped board. Players will choose whether to assist their own fox in capturing the fowl, or whether to save their secret target fowl and similar fowl from being caught by the other players’ foxes. Foxes then move up to two spaces in an attempt to capture one of the fowl. Moving the foxes through the foxholes will speed their progress and allow the foxes to creep up on the fowl unnoticed. The game usually finishes when eight or fewer fowl remain at the end of a round. The target cards are then revealed, the points tallied (the most difficult part of the game) and a winner declared.