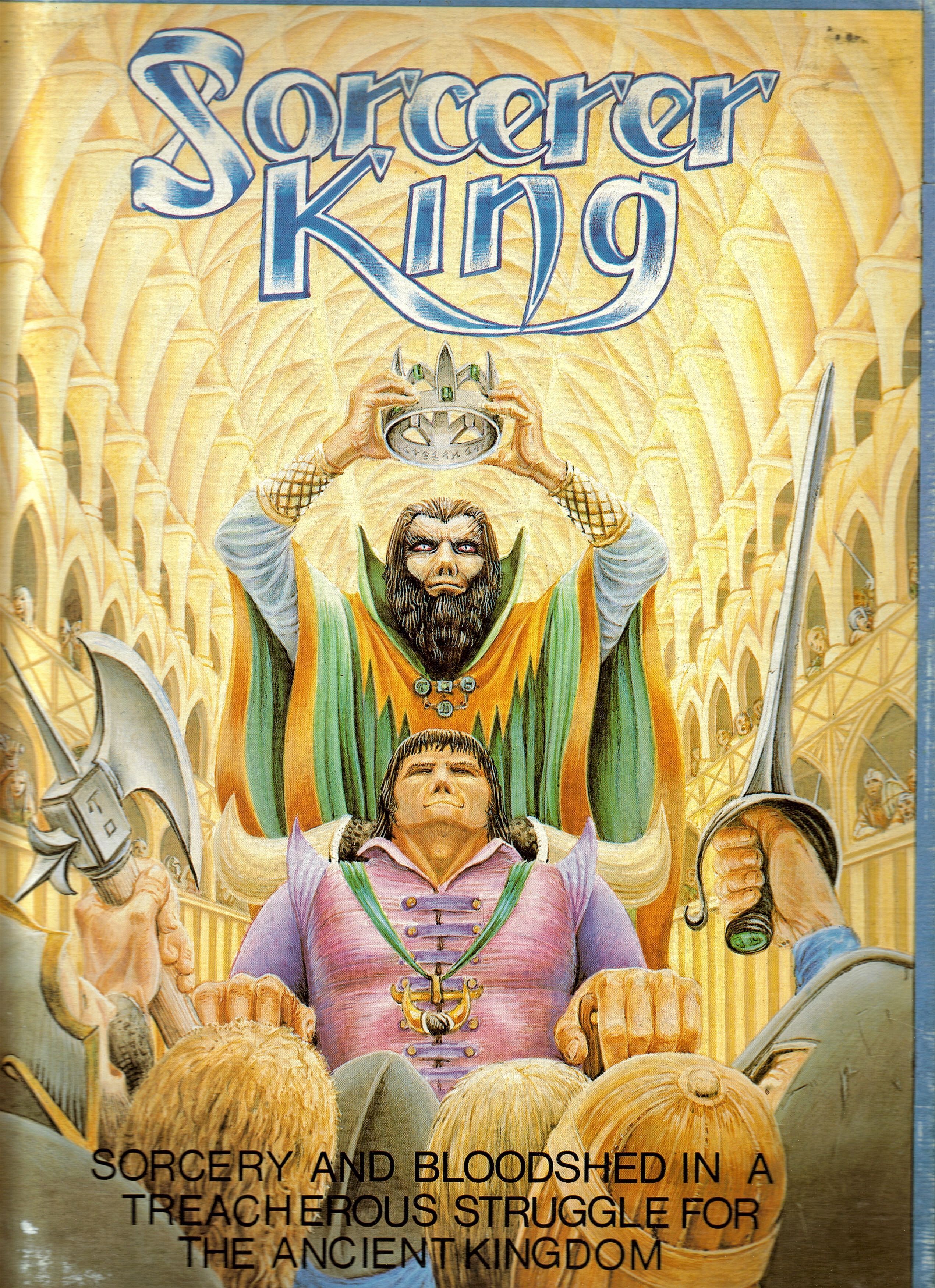 Wizards, warriors, elves, dwarves, orcs and goblins battle for supremacy in Partas, the lost capital of the Sorcerer Kings. From the back of the Second Edition box: In this classic fantasy board game, players battle it out with each other and hoardes of chaos creatures for control of Partas, and then to crown their nominee in the ancient throne room of the Sorcerer Kings. Now in its second edition, completely revised with expanded rules and more spells , Sorcerer King is a game where planning and battle strategy are more important than luck, or the inclination to slay everything that moves. A brilliantly effective combat system consisting of magic, missile and melee phases, coupled with naturalistic movement, character advancement and a climactic ending will give any lover of fantasy and strategy a game to remember.