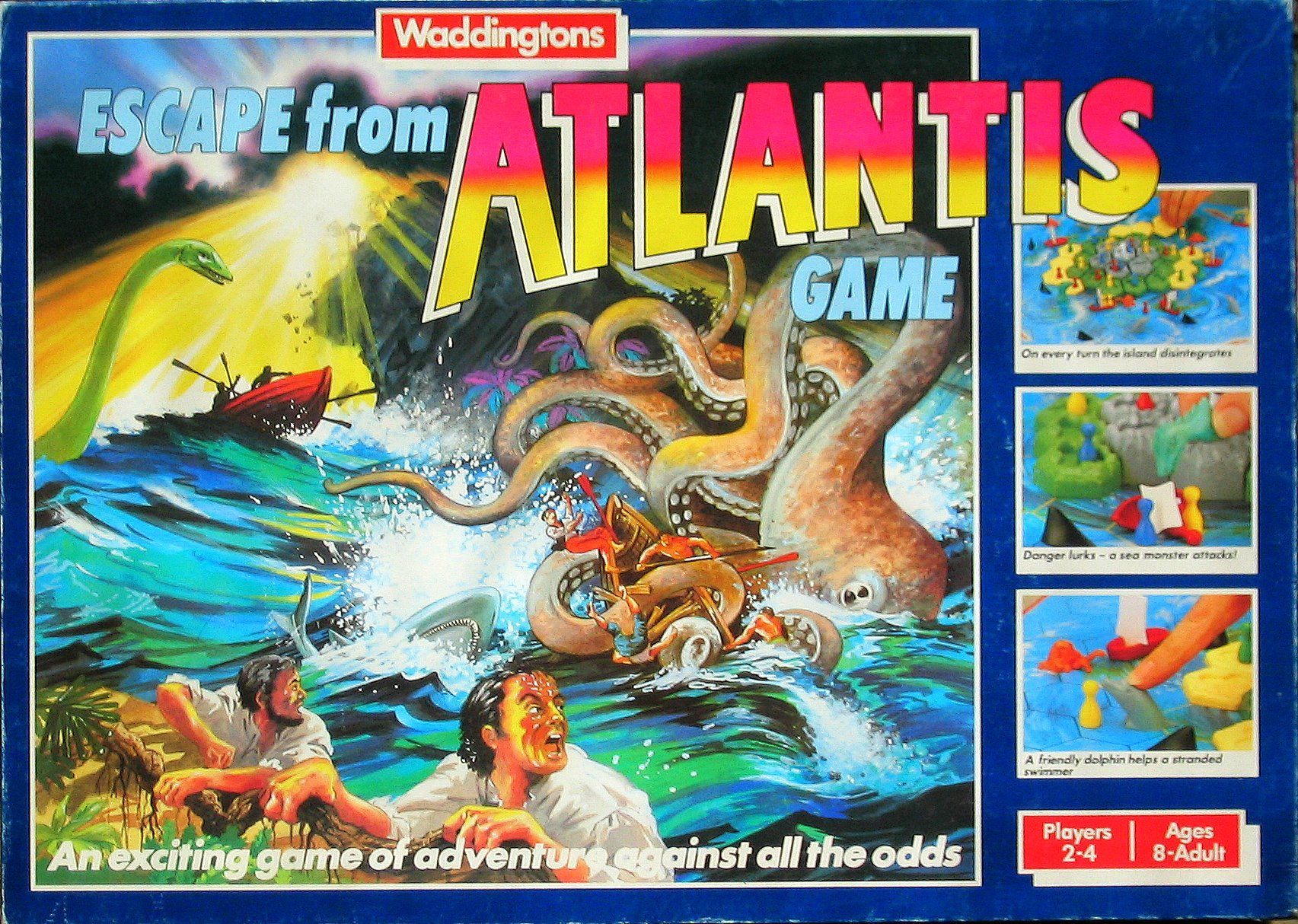 An island made up of 37 hex-shaped plastic tiles is slowly sinking into the ocean (as the tiles are removed from the board). Each player controls 12 Atlantean Tribesmen that they try and move towards the safety of the surrounding islands before the main island sinks. Players can either swim, latch onto a dolphin, or use boats to travel but must avoid sea monsters, octopuses, and sharks on their way to safety. Escape from Atlantis is similar to the Parker Brothers game Survive! but with some key differences (e.g., people pawns are not worth a variable number of points). In 2010, a reworked version of Escape from Atlantis which combines the rules of the game along with the rules to Survive! was printed by Stronghold Games titled "Survive: Escape from Atlantis!"