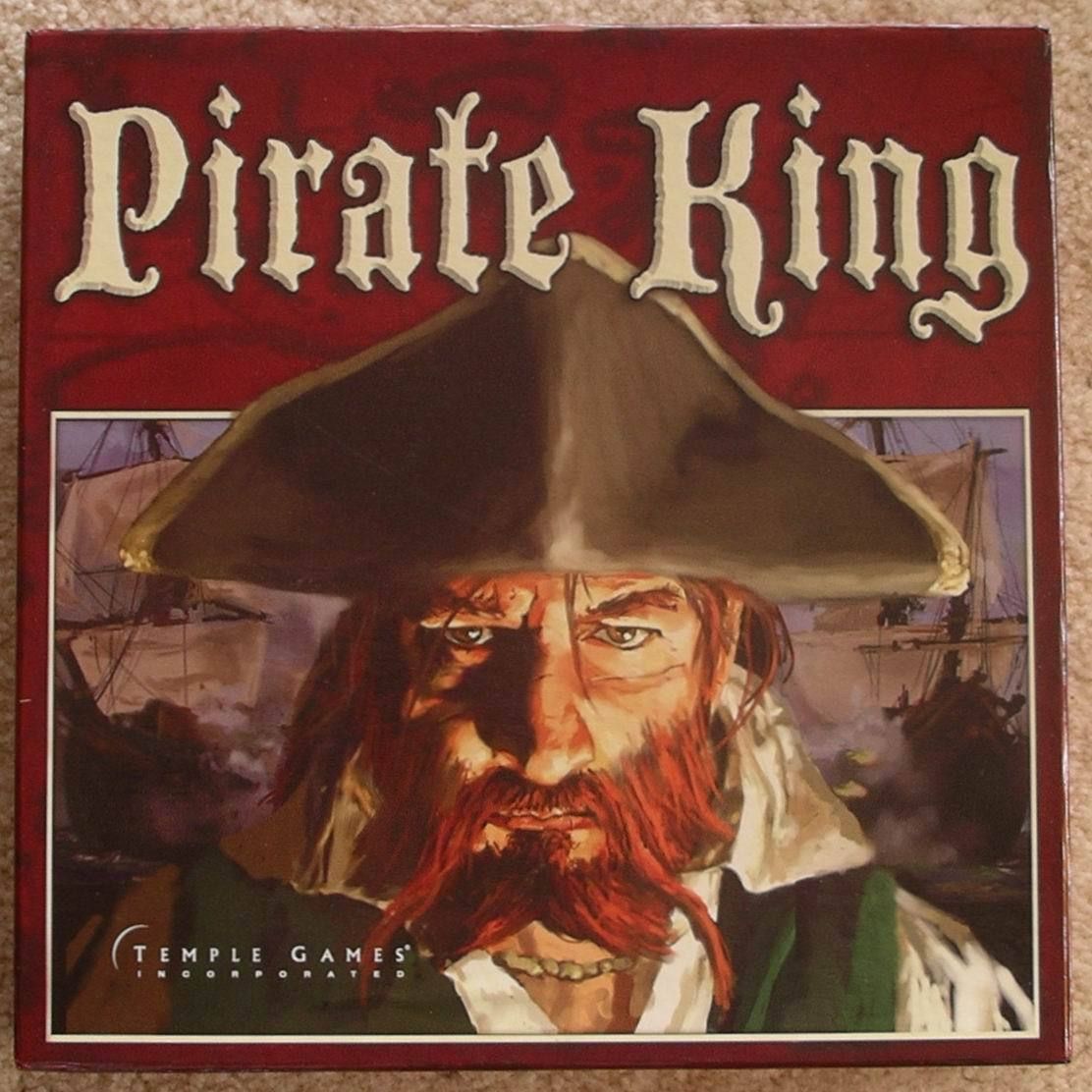 Pirate King is a game where players take on the roles of pirate captains. Players sail around the Caribbean trying to become the Pirate King by smuggling cargo and capturing territories. Players set sail by choosing how far they would like to move each turn and roll a d12 to determine how far they will move. Rolling too low or too high will cause a player to overshoot or undershoot his or her target, but a good roll will hit a player right where he or she wants to go. Wherever a player lands on a territory, he or she has choices to make about what actions to take, whether that be to capture the port, pay the owner a dock fee, or attempt to wrest control of the port from the current owner. Players draw cards that have good or bad effects on the Pirate's Booty or Captain's Log spaces, and further spaces have effects on players Players gain points by holding territories, having Great Treasures, or by defeating the Commodore. The game is over when a player has 16 points.