No Peace Without Spain! - Universal Statistics 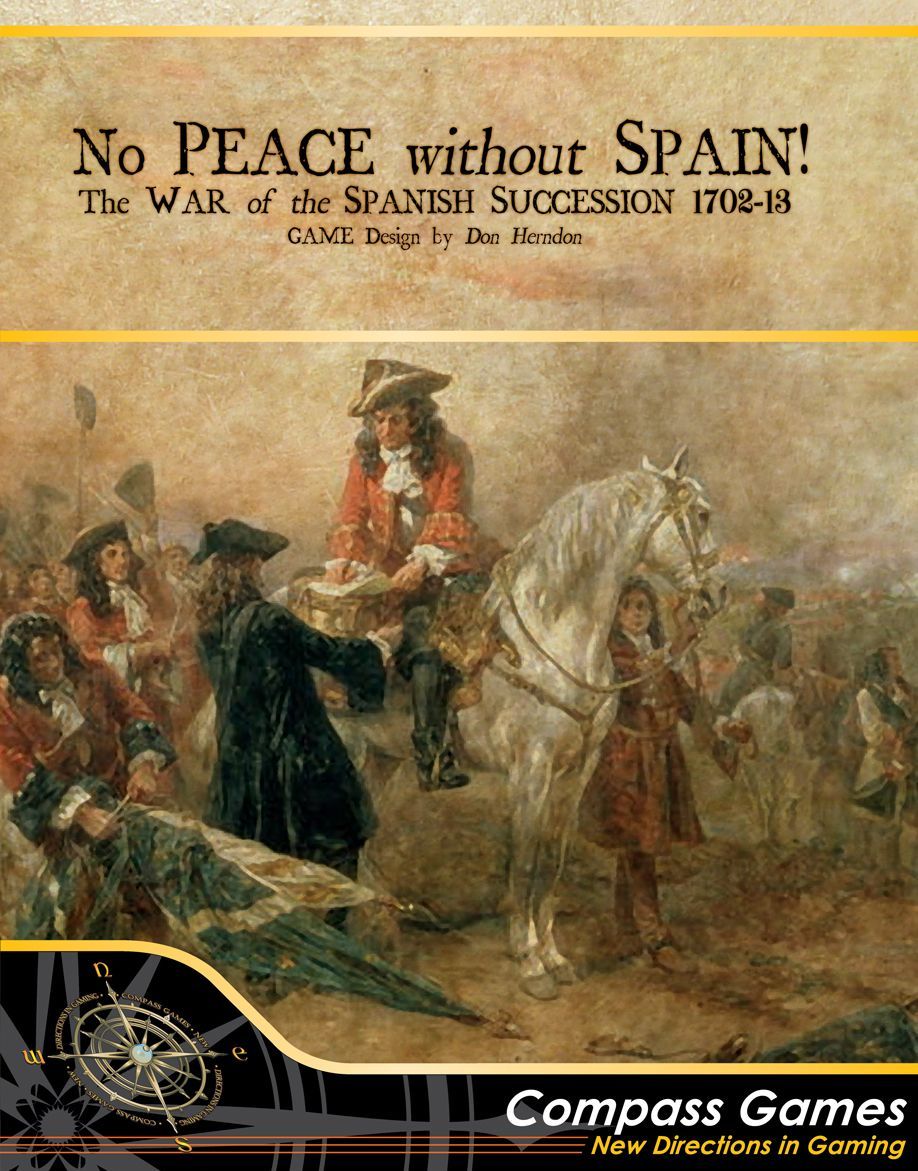 (from Compass games website:) In November 1700, King Carlos II of Spain died without an heir. The long-standing feud between the Bourbons and Habsburgs erupted once again as both sides pressed their claim to the throne. No Peace Without Spain is a two-player game that elegantly recreates this epic struggle using a point-to-point map and a single deck of 55 cards. Action cards are used to activate armies for movement and siege, while event cards bring historical and special events into play that can swing the tide of fortune when least expected. Each turn represents one year, each corps represents 10,000 men of all arms and each leader represents a major commander and his staff. The game features an easy and intuitive battle system that highlights a unique aspect of this war: team-based battle command, perhaps the most famous example being the extraordinary success achieved by the partnership of two of the war’s most prominent commanders, the Duke of Marlborough and Prince Eugene of Savoy. The Bourbon cause has talented leaders as well, notably Marshals Villars, Vendome and Berwick. These and other leaders are rated for Tactical and Command capabilities and they significantly influence the course of events. The map stresses the importance of fortresses in a war that was probably the high-point of formal siege warfare. Fortresses in this era rarely held out against a besieger that had the necessary time and manpower to conduct a proper siege, and the game neatly recreates this with a simple siege table that leaves room for unusually stout defenses or quick collapses. Victory points are gained or lost by the Alliance player and game victory comes either through automatic victory or based on final VPs after the 1713 turn. (BGG description:) No Peace Without Spain is a two player game depicting the War of the Spanish Succession. The war was fought primarily to determine the fate of the Spanish throne and its dominions but also represented a continuing struggle for political, religious and economic dominance. One player represents the interests of the French claimant, Philip V (the Bourbons), while the other player represents the interests of the Austrian claimant, Charles III (the Alliance). Each turn is one year. Each unit represents approximately 10,000 men of all arms. Leader counters represent the named personality and his staff. 24 pages of rulebook including extended example of play and designer's notes.