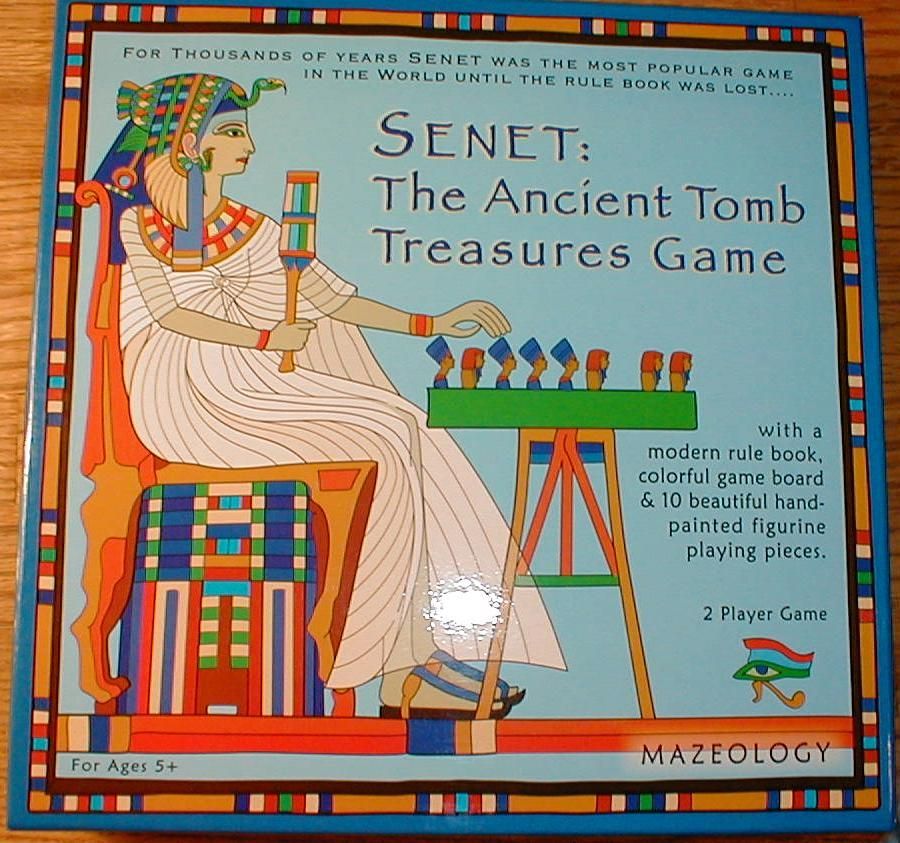 Senet is an ancient Egyptian board game similar to backgammon. Each player has 5 pawns which travel around a 3 by 10 board in an S shaped path. Movement is dictated by the throw of 4 sticks (black on one side and white on the other) which can produce a 1,2,3,4, or 6, (5 is not possible) depending on how they land.. As in backgammon, the objective is to bear all of one's pawns off first. A couple of interesting differences is that there are safe and trap spaces on the board. Also, players may block each others' progress as in Parchisi. Senet sets are usually constructed from various woods and are often quite beautiful. Senet is one of the oldest of man's games but unfortunately it fell out of use for a few thousand years and no ancient rules set has been discovered. Undoubtably another tragic loss resulting from the Library of Alexandria burning to the ground. As a result modern man has made several educated guesses as to the rules. The most popular versions are in the files section. It may be a relative of Aseb and The Royal Game of Ur.