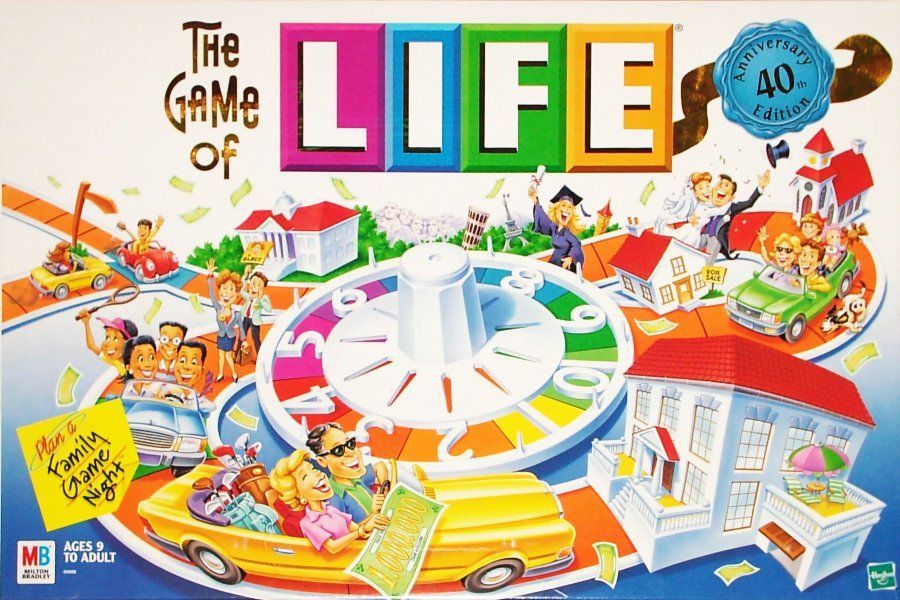 From the Box Back: The Game of Life has been delighting families with its reflections of day-to-day life since 1960, when it was invented to help commemorate the Milton Bradley company's 100th year. Join us as we celebrate The Game of Life's 40th Anniversary. Play the same great game you've always known and loved, updated for the 21st century! Updated features include: Larger gameboard with exciting contemporary graphics. Redesigned play money, cards, and minivan-style car pawns. Bankers tray for improved gameplay and easy component storage. Objective: Collect money and LIFE tiles, and have the highest net worth at the end of the game. Note: Despite being highlighted as a 40th Anniversary edition, the Checkered Game of Life made its first appearance in 1860, not 1960. And if this really is from the box back, and they claim it was invented to commemorate Milton Bradley's 100th year, apparently they've forgotten http://www.boardgamegeek.com/image/91264