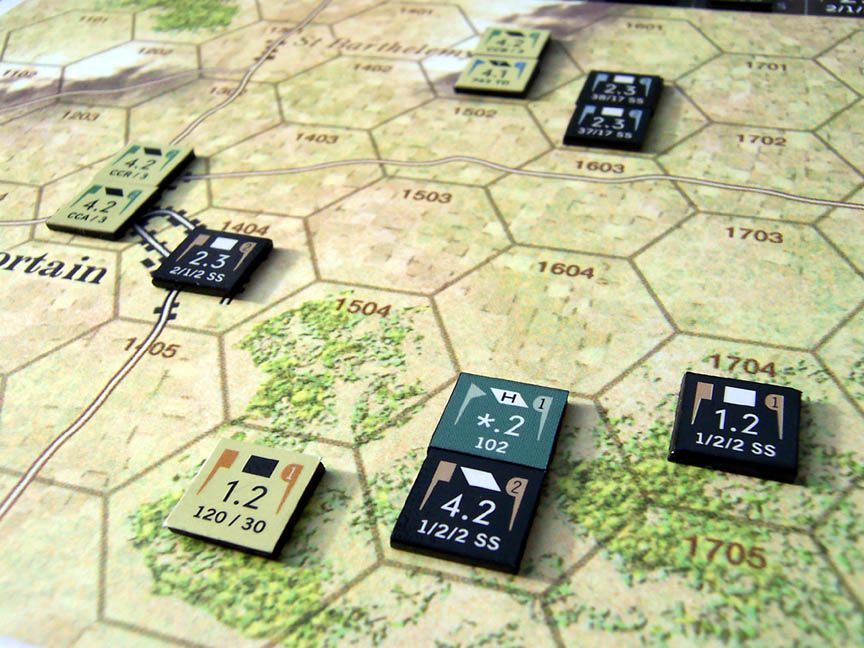 Stand at Mortain is the first game in the Pocket Battle Games series from LPS, Inc. Following the defeat of the British and Canadian offensives of Operations Goodwood and Spring, in August 1944 the Germans redeployed several Panzer divisions to shut down the American Operation Cobra offensive by attacking due west to the sea. The fiercest fighting occurred to the north and east of Mortain at Hill 314 (hex 1501 on the game map) where surrounded Americans of the 2nd Battalion of the 120th Regiment threw back repeated German attacks. Control of the high ground here would make the Mortain position nearly untenable, and with it the main Allied supply route from Normandy south would be severed. Stand at Mortain is a mini-game complete with map, rules and counters. No need for dice, use your own deck of standard playing cards and your initiative to enjoy this simple-but-exciting WW2 game.