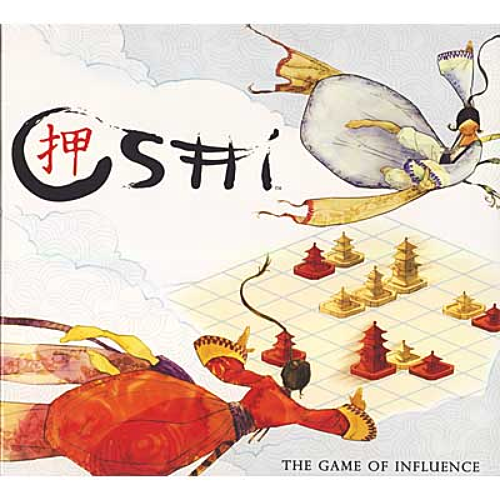 From the publisher's website: Oshi, which means “Push,” is inspired by a Japanese legend in which the Goddess Amaterasu gifted the first Japanese emperor with her ancient wisdom, in the form of a game. The game is said to have taught the emperor and his court to temper their influence and power with caution. The goal is to be the first player to push seven points worth of your opponent’s game pieces off the board. Each player begins the game with eight game pieces shaped to look like one-, two- and three-story Japanese buildings. The number of stories a piece has equals the number of spaces it can move, the maximum number of other pieces it can push and the number of points it is worth if pushed off the board. Pieces move side to side and forward and backward. Contents: Game board. Eight oxblood (red) pieces. Eight ivory (white) pieces. Complete rules.