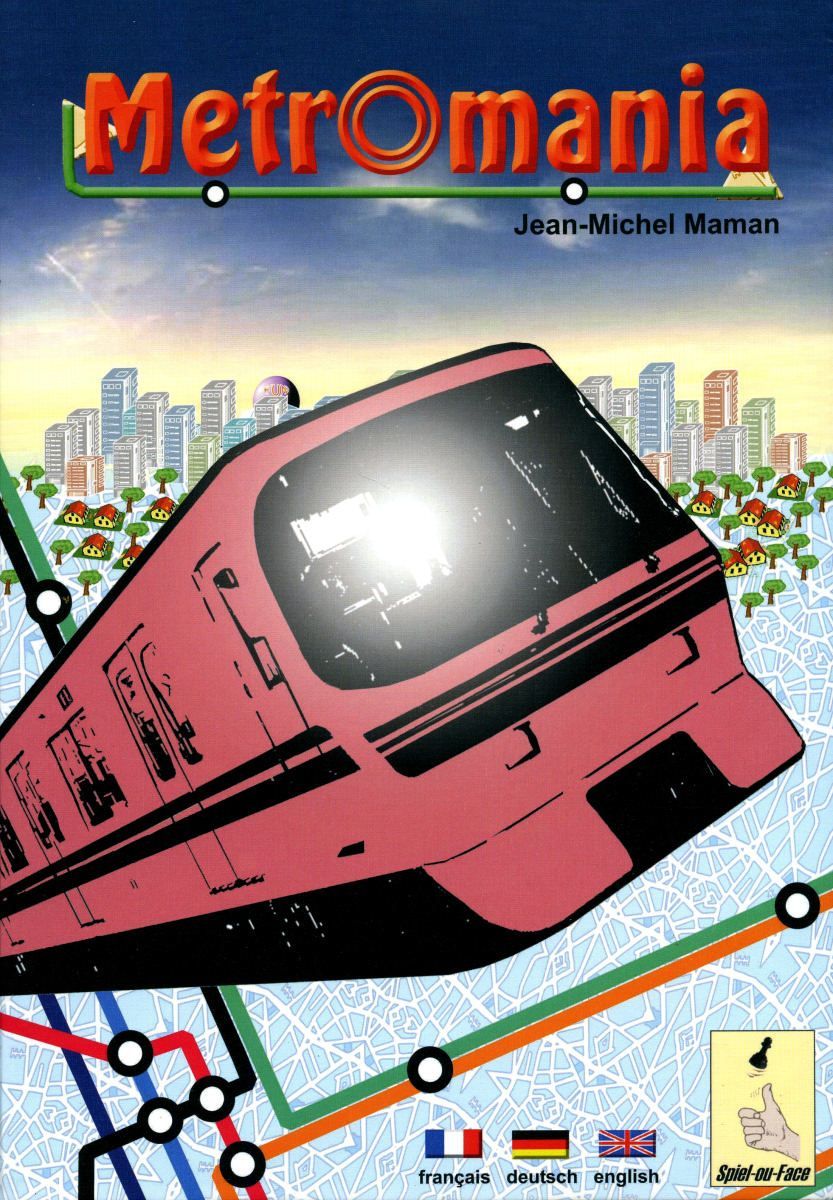 Metromania is a game of placement and connection which allows 2 to 4 players to build a subway network between different cities. Each player builds 2 different subway lines, trying to go through the city and connect important places of housing, work, and leisures. After a construction phase, trip-tests verify the best and quickest lines. The mechanism is easy: during his turn, a player puts 3 line counters on the board. If his line meets another line, a station is built where the two connect. The subway network is developed through this process. Because the grid on the board and the line counters are triangular, players have some real placement questions. The game is very interactive, with players sometimes trying to cooperate and sometimes trying to stop other lines. They also choose, during the construction phase, the start and the end of the final trip-tests. But it's never the same player who places both start and end, so a player must anticipate and guess carefully.