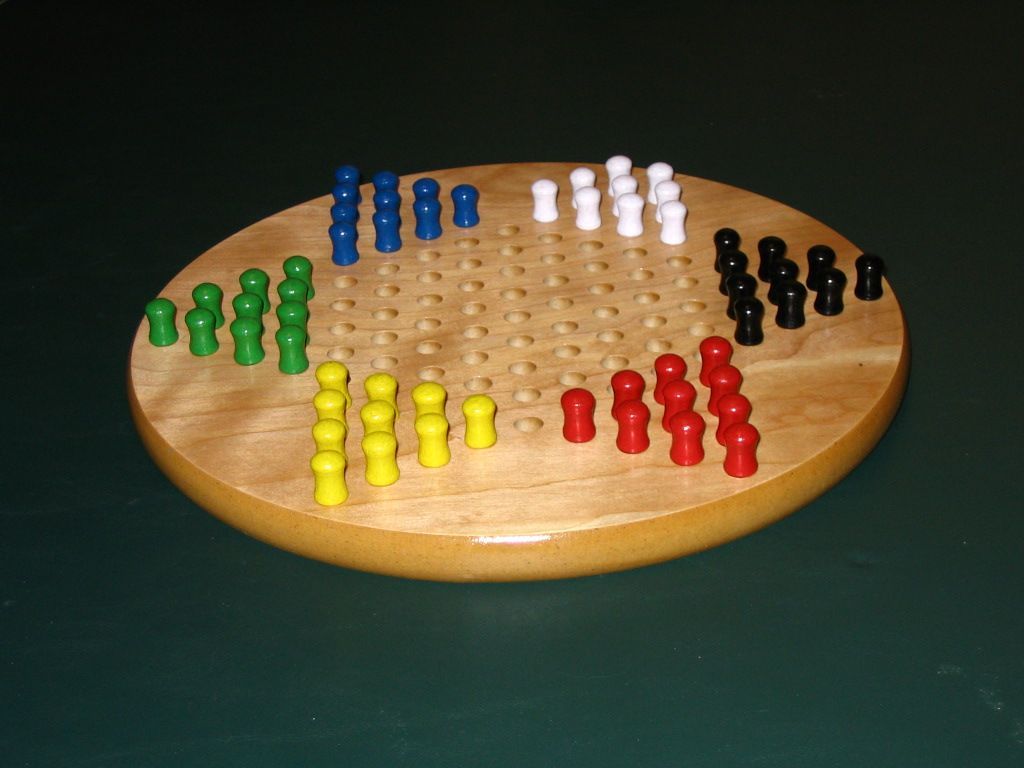 Chinese Checkers, or Stern-Halma, is a version of Halma supporting up to six players. Parenthetically, it is neither Chinese nor is it Checkers. In many countries, it's known as Chinese Chess or China-Chess which is even less accurate and definitely shouldn't be confused with Xiangqi which is the true Chess variant from China. Players jump over their own and/or their opponents' pieces with the objective of being the first to move all their pieces from one side to the opposing side. Re-implements Halma