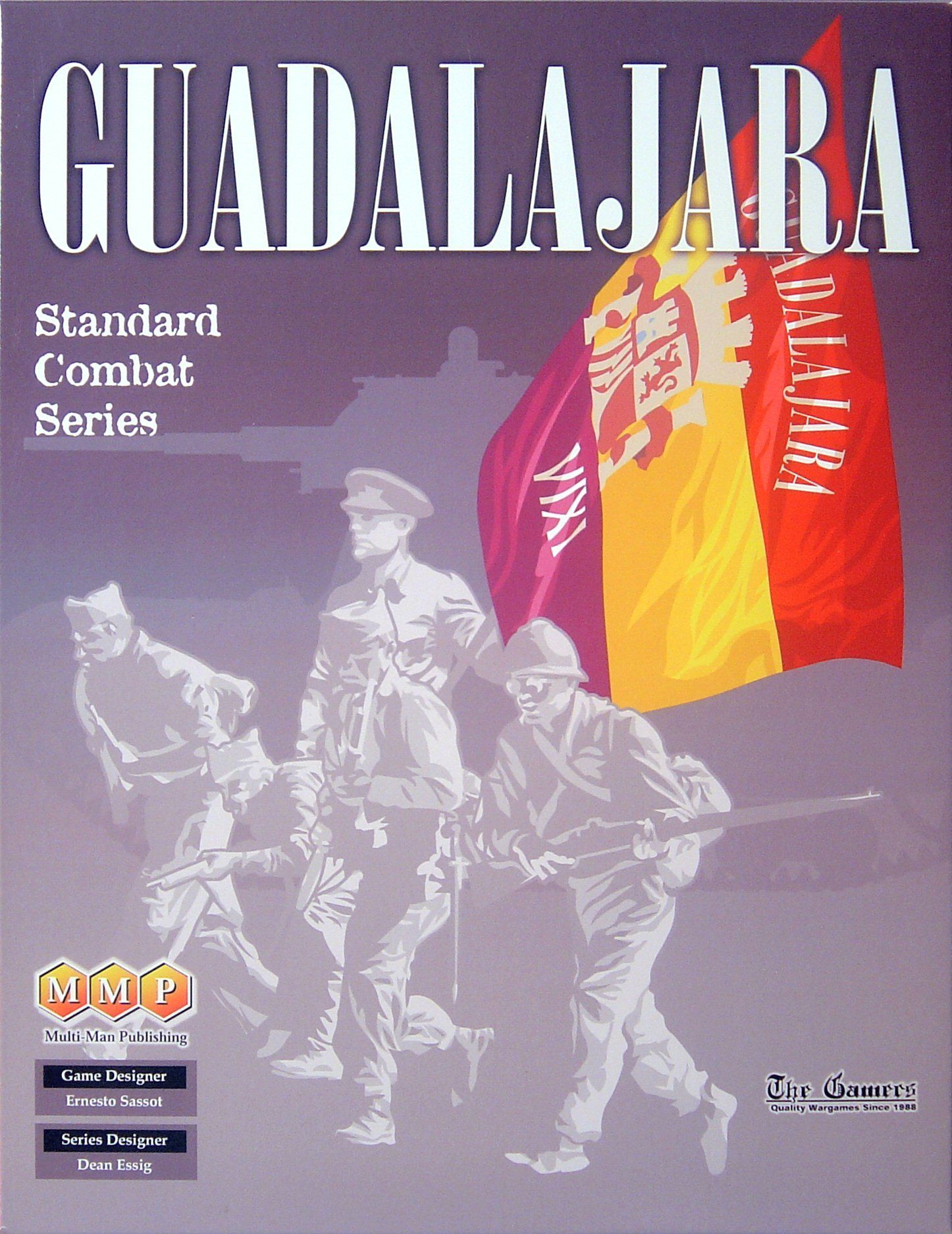 Guadalajara, portrays the operations launched by the Italian CTV (Corpo Truppe Volontarie—Corps of Volunteer Troops) towards Guadalajara with the ultimate objective of taking Madrid and putting a rapid end to the Spanish Civil War. The unexpected and dogged resistance of the Republican Army, which was fully involved in a deep reorganization, caused the failure of this offensive, forcing the Nationalists to give up trying to storm the capital and making them take the long road by capturing the whole country before being able to declare themselves victorious. After the failure of Franco's Nationalist troops to surround and conquer Madrid during the first months of the Spanish Civil War, Spain looked doomed to a long war of attrition. During this gloomy period, a new force made its appearance -- the motorized Italian Corpo Truppe Volontarie (CTV). Lavishly equipped and overconfident after its first successful performance in the fall of Malaga, the Italians thought they could quickly and easily end the war. Spain was not Abyssinia, however, and Madrid was not Malaga. The new People's Republican Army was no longer the rag-tag mix of militia units that had fought the Nationalists only a few months before. The Italians were repulsed after a fierce campaign fought under very tough conditions. Madrid was once again saved for the Republicans, and two more years of war would ensue. Special rules regarding tanks, anti-tank defenses, flamethrowers, truck transports, traffic jams, morale, and panic will allow you to recreate the Italian offensive. Will you succeed where your historical counterparts failed? Will you break the Republican lines? Will your volunteers panic as they did in 1937? Prepare to fight what Ernest Hemingway considered one of the most decisive battles in military history. Four scenarios cover the full campaign, the Italian offensive, the Nationalist "side-offensive", and the Republican counteroffensive which broke the spine of the Italian assault. Guadalajara is the twelfth game in the Standard Combat Series (SCS) from series from Multi-Man Publishing. Game Scale: Game Turn: 1-2 days Hex: .6 mile / 1 kilometers Units: Company to Battalion Game Inventory: One 22 x 32" full color mapsheet One dual-side printed countersheet (280 1/2" counters) One 8-page Standard Combat Series rules booklet, Version 1.7 One 16-page Guadalajara rules booklet One Player Aid card Two 6-sided dice Solitaire Playability: High Complexity Level: Medium-Low Players: 2-3 or more Playing Time: 2-8