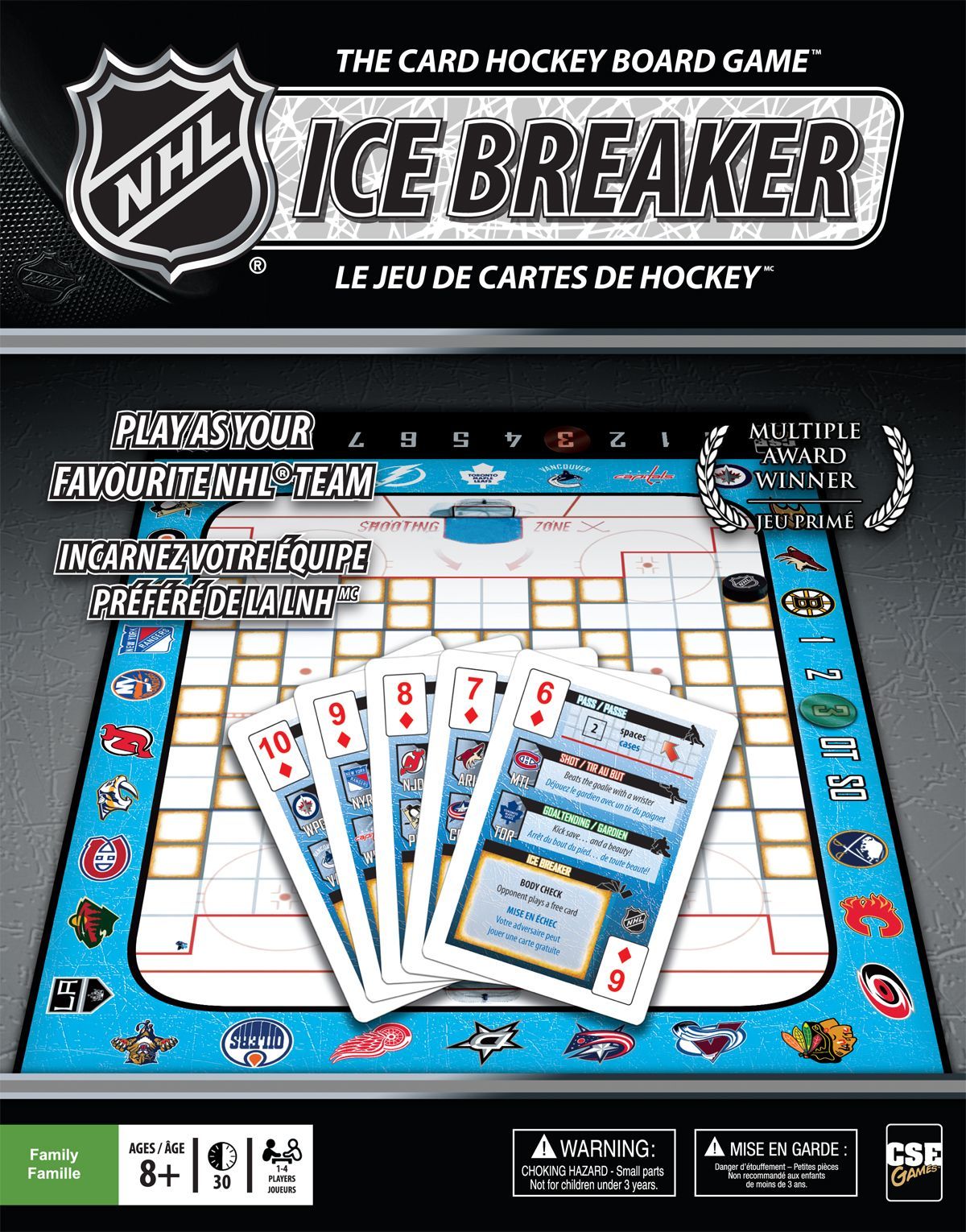 NHL Ice Breaker is licensed by the National Hockey League and features the league’s 30 teams plus national teams. You get all the great action of the game on the ice with NHL Ice Breaker. Game play is built around CSE Games' specially-designed 54-card playing deck (52 standard suited cards plus two Jokers). Each action in NHL Ice Breaker is based on the basic principle of high hand wins. Opponents play their card(s) at the same time to battle for puck possession, and the player with the highest hand gets to execute his/her action indicated on the card(s) played. As players win hands, the puck is moved up the ice (game board) and toward the opponent's net. Along the way, players may land on special “Ice Breaker” squares, which can shift momentum in an instant. Ice Breaker actions include penalties, big hits, turnovers or great passes. Once in the Shooting Zone, it's a classic contest of shooter versus goalie. Did you play your cards right? NHL Ice Breaker separates itself from other hockey-based games in that it has a true hockey 'feel'. The game is both accurate and fast-paced. Combining elements of popular card games, players must decide how best to play their cards. Cards can be played individually, in pairs, two pair, or three-of-a-kind. It is up to the player to decide which cards to play and how to play them. The learning curve of NHL Ice Breaker is remarkably low. Typically, the game is learned within a couple of minutes, aided by the built-in familiarity that the playing deck offers. NHL Ice Breaker is designed for one to four players, ages eight (8) and up. For more information, check out www.csegames.com.