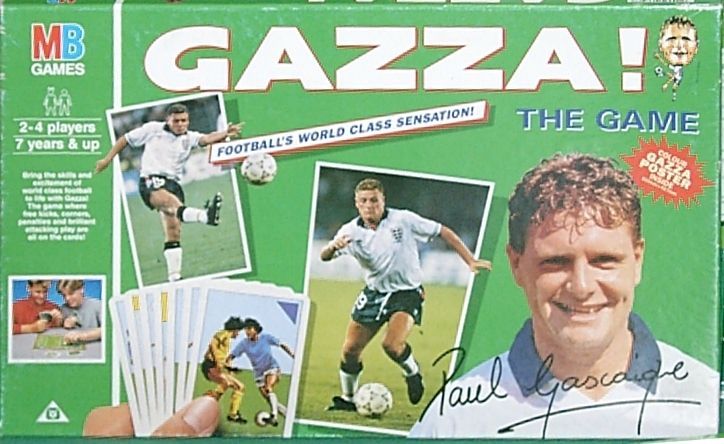 Very simply, this is a card-and-board simulation of football (a.k.a. Soccer). A ball moves on the board as a result of card play by the players (who team up when more than two play). Kick off, free kicks, penalty kicks, goalkeepers, corner kicks, clearing kicks --it's all in there in a neat, fast-playing package. The aim of the game is to score the most number of goals at the end of the game. It plays with cards that allow players to kick the ball and score goals. The game is played in two periods. The first period ends when there are 3 or less cards remaining in the card stack. (same thing for the second period). Cards can be played in several situation due to severals indications on them. Attack cards: played for the initial kick and during the game. Free kick cards that you can play all time (exept to beging a game), and you can play an Attack card after this one. Stop cards: To stop goals Corner cards: to avoid goal and make the opponent kick a corner. One penalty card.