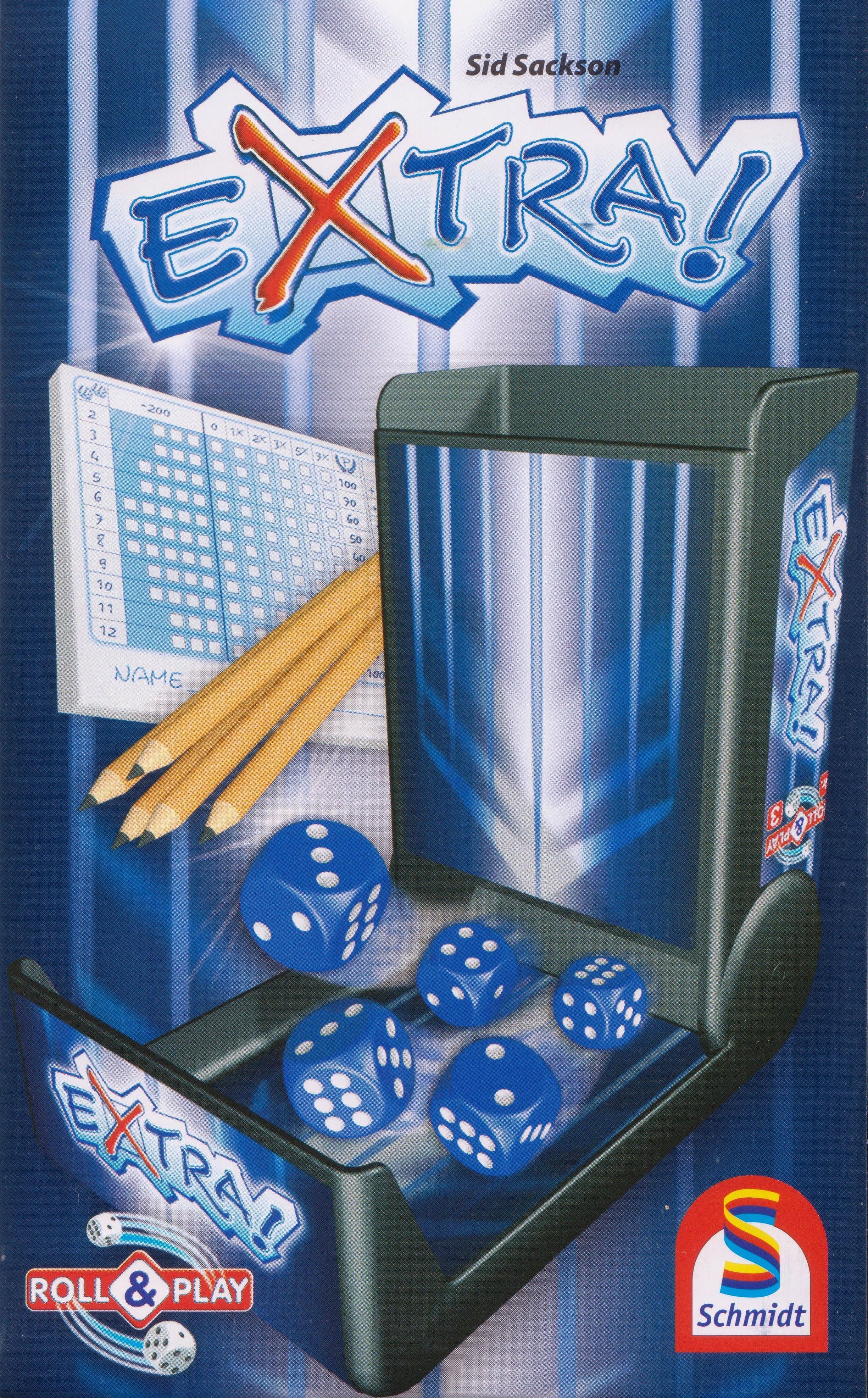 Schmidt Spiele is releasing a series of tiny dice games, with each game being packaged in a plastic container that doubles as a miniature dice tower. Sid Sackson's Extra!, some changes from the game first seen in Sackson's book A Gamut of Games under the title Solitaire Dice, is one of the "new" titles in this series. In Extra! all players play at the same time off the same roll of five dice. Each player divides the dice into two pairs and a lone fifth die. The value of this fifth die is placed in a reject tally chart and one box underneath this number checked. For each pair of dice, the player marks a box next to the sum of these dice (2-12) on a scoresheet. Each player can have at most three values on his reject chart; when a player checks off the final box in a column on this chart, he is out of the game. Once all players are out, they tally their points, losing 200 points for each sum row that they start without meeting a certain threshold. For rows marked past the threshold, the player scores positive points, with less common sums being worth more points. The player with the highest score wins.