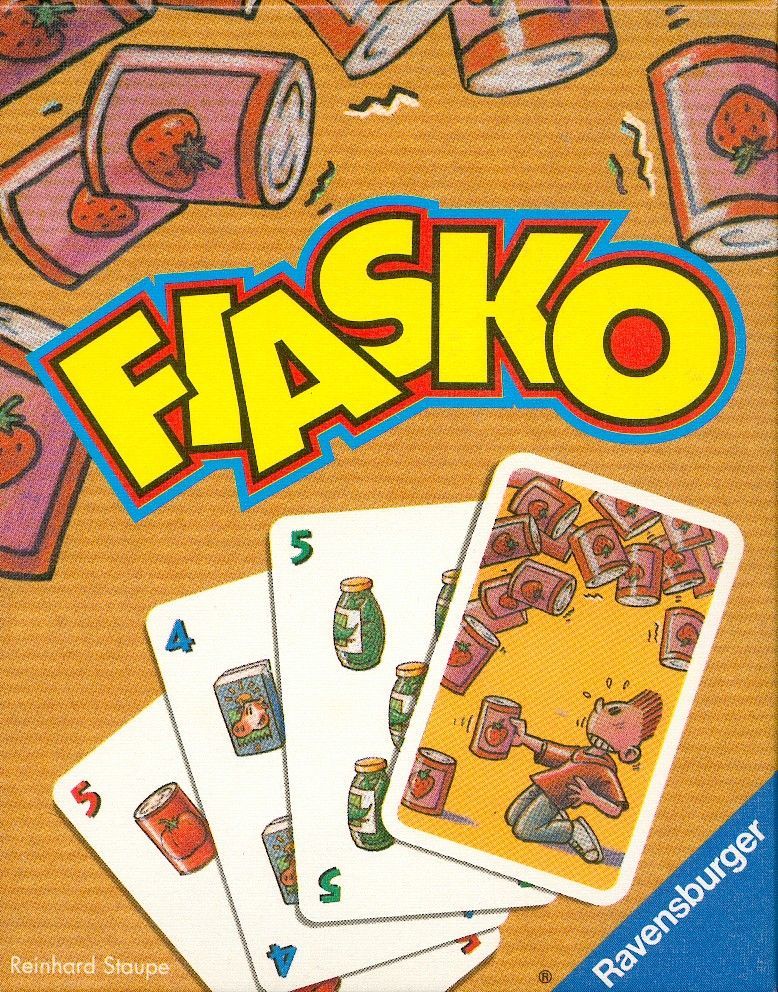 A small card game featuring a supermarket theme and a Can't Stop-like element to gameplay. Each turn, players may either draw a card or score their hand and begin collecting groceries anew. Hands are scored by multiplying the values of one type of grocery (milk, canned corn, etc. - the player decides which type will score) by the total number of cards in a players hand. The risk: If a player draws one of the 6 Fiasko cards, all cards in his hand are forfeit (apparently the grocery display had grown too tall and toppled over, based on the graphics). The deck also contains two Catastrophe cards, which cause all but the player who draws them to discard their hands. Players may score each type of grocery only once per game. The game ends when one player has scored all five types of merchandise. Player with the most points wins.