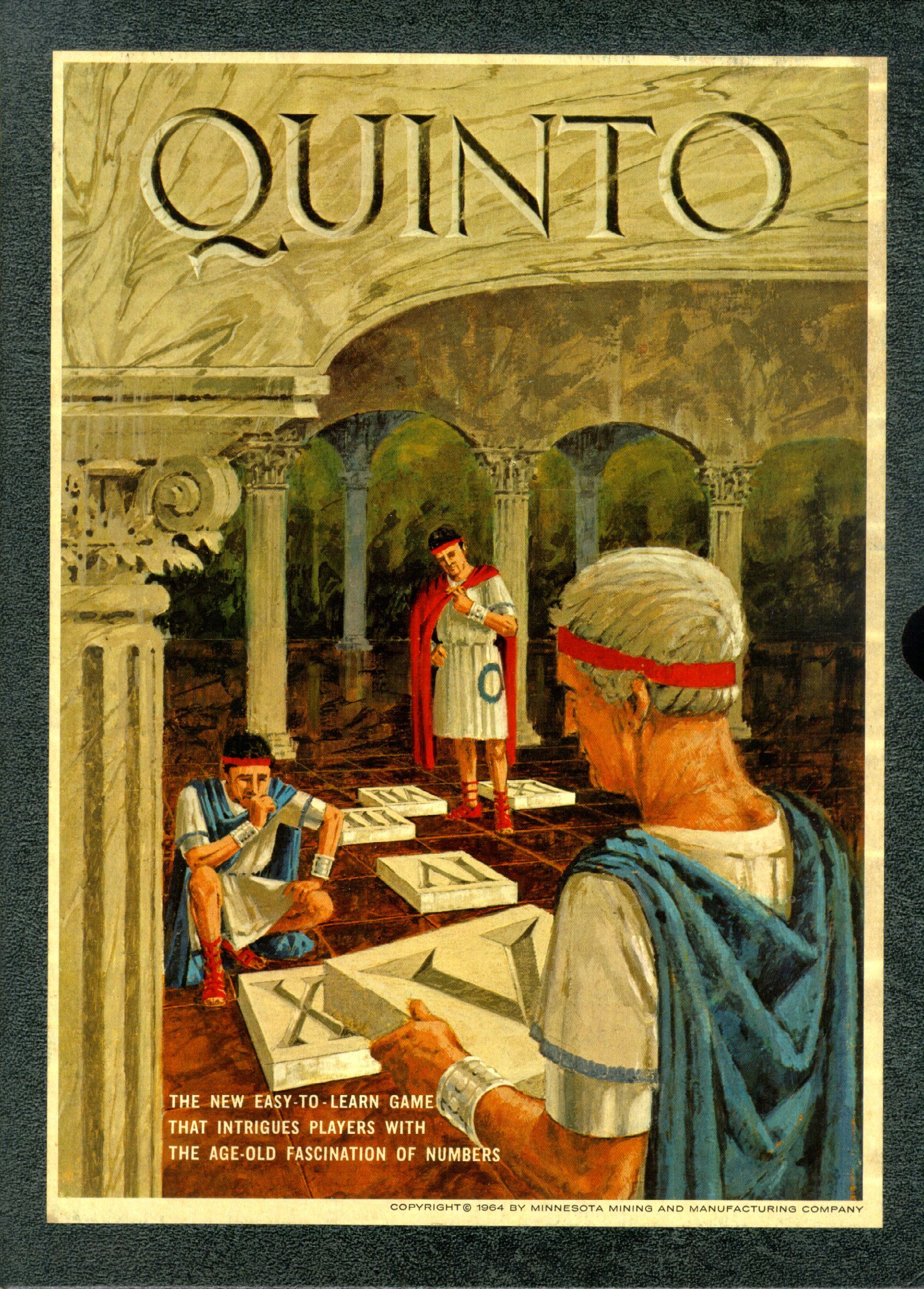 Part of the 3M Bookshelf Series Quinto is essentially Scrabble with Numbers. The game begins with each player drawing a ‘hand’ of five tiles (numbered from 0 to 9). Players then take turns placing their numbered tiles on the board so that the sum—of row(s) and column(s)—is equal to a multiple of the "Multile" number (5, 6, 7, 8, or 9) which has been randomly selected for that round. Second, no row can consist of more than five numbers. Finally, if a player places all five of their tiles in a single turn, they must be able to score in at least two directions. Once all the tiles have been placed, players are docked points for any tiles they have not used; highest score wins. The red "Multiles" were introduced in the 1968 edition; the previous (1964) edition didn't have those, and is played as if the "5" Multile were always the one drawn.