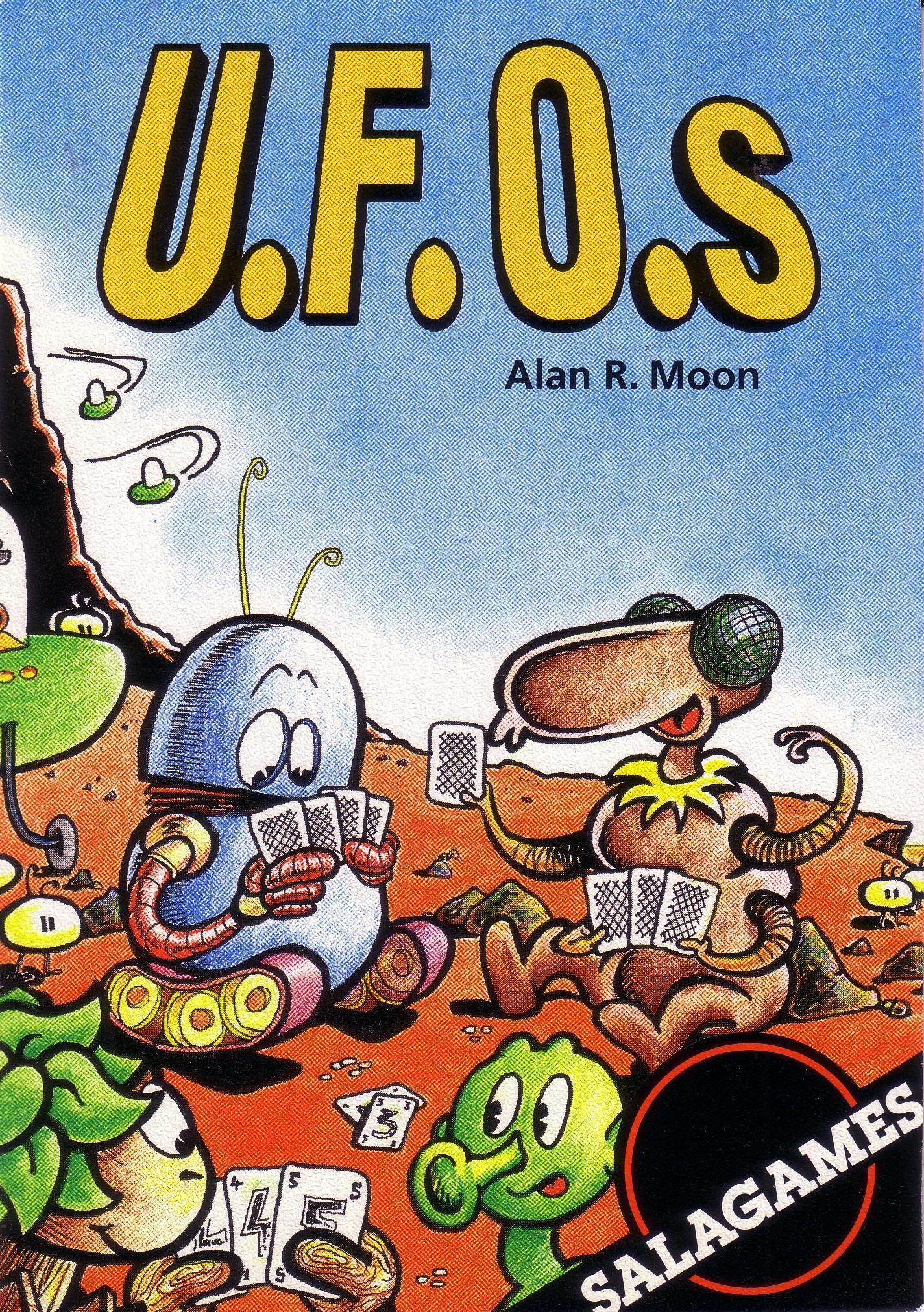 An involved and challenging trick-taking card game in which robots, plant creatures, insect-beings and the confederation (representing the different suits) fight for supremacy in the galaxy. A fifth species, the Metamorphs (a grey-colored suit), has the ability to take on the characteristics of the other races and tip the scales. The game is played in two phases. In the first, players bid for the right to name trump (determine which race, or suit, has "the power" for that round) and to decide whether scoring will be positive or negative (whether players will receive points for tricks taken or for taking the least number of tricks). In the second round, cards are played out in a series of tricks and power points awarded based on which type of scoring has been selected.