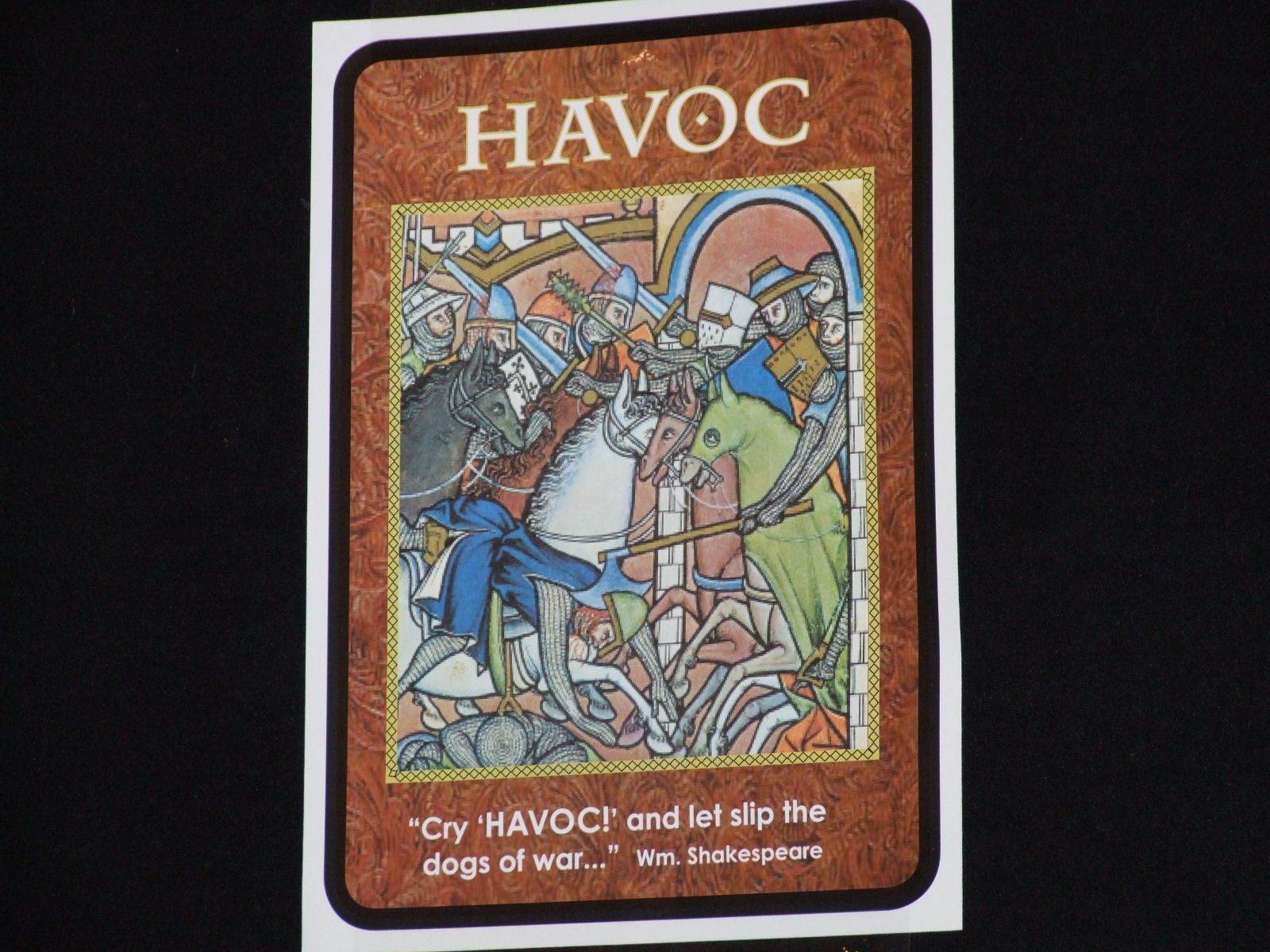 This expansion for Havoc: the Hundred Years War consists of a collection of promos given out a various conventions brought together into one package. It is not playable without the base game. It features a new type of character card which is shuffled into the regular card deck and changes the game in interesting ways when one of them is drawn. For example, the John of Gaunt card, when drawn, joins the game temporarily as a player, cries HAVOC! and starts a battle called The Chevauchées (a group of plundering raids.) For those who have asked us, this expansion includes the premium cards that were given out at the game's release in Essen Germany in 2005, and at the first BoardameGeek Conference in Dallas, Texas. In addition to these, a new card not seen before has been added, as well as two extra Dogs of War which can be added to the game or used as blanks for players that want to try out character ideas of their own. Expands Havoc: the Hundred Years War