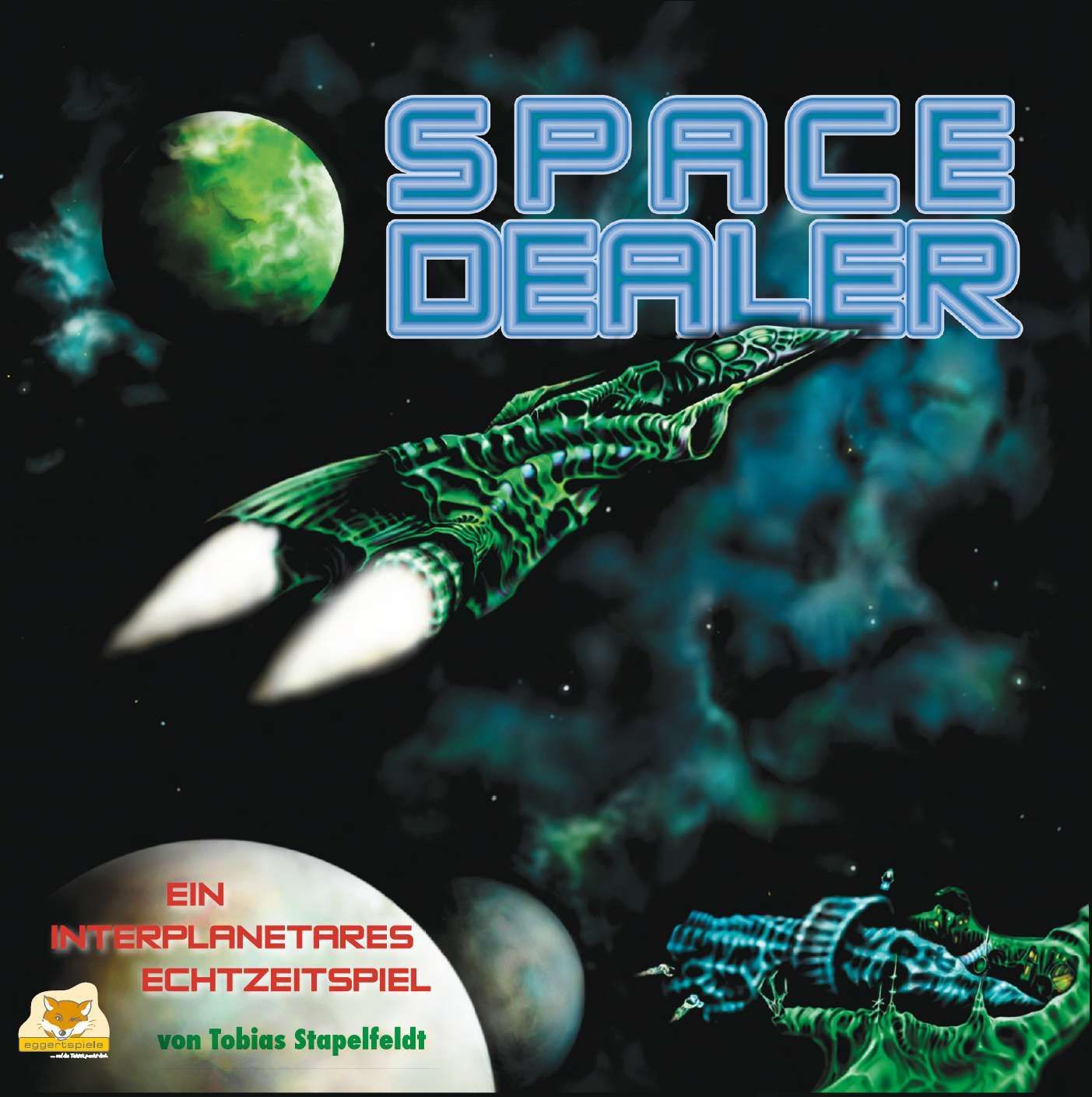 Space Dealer is played in real time to a 30-minute soundtrack (or timer) with all players playing simultaneously. Players start at their own planet with a power generator and a mine. They race to generate goods and deliver them to each other (earning victory points for both the player and the recipient) or to the neutral planets. They can also do research to improve their abilities and bring new cards into play. Everything – from generating goods to moving ships,to playing new cards – requires at least one flip of a sand timer; the catch is that each player has only two timers! At the start of the game it seems like you have all the time in the world. Very soon, though, the game becomes a frantic race to make as many deliveries as possible! A second copy of Space Dealer can be added to expand the game up to eight players.