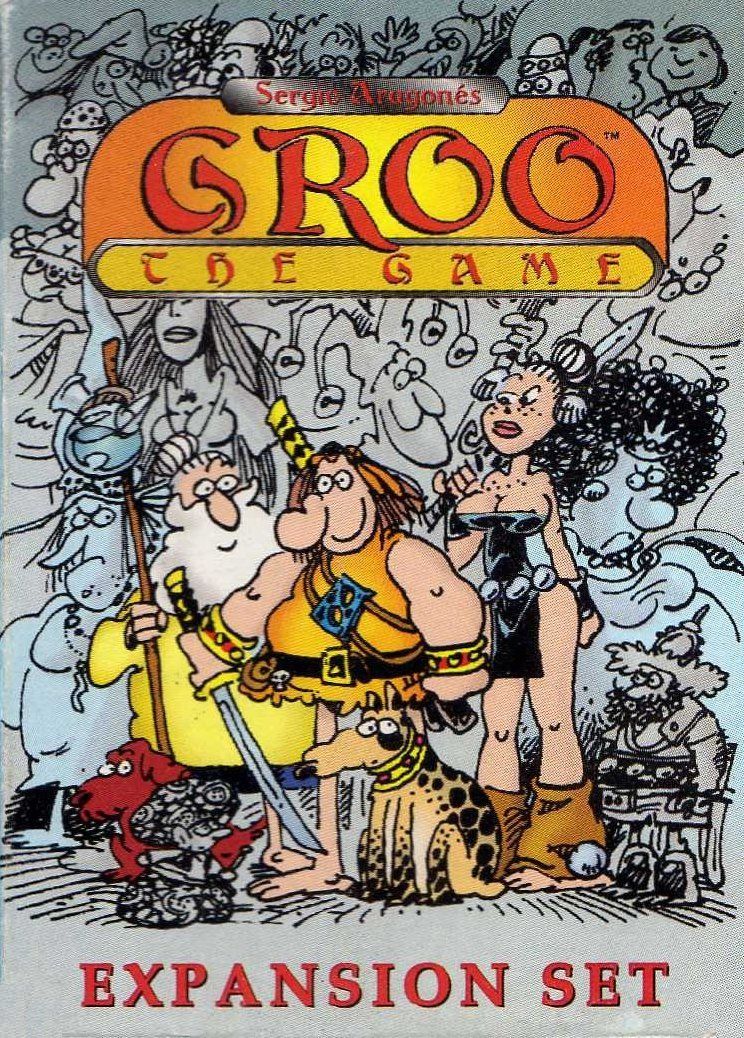 This expansion set for Groo: The Game adds 55 cards to the 60 cards that came with the initial deck. The new cards allow the game to go to 6 players instead of the 4 proposed by the base game. The expansion adds no new card types, but doubling the number of available cards makes the game much easier to play. In the original game, especially with 4 players, the late game could sometimes stall as there weren't enough resources for the players to drive to a win. The additional cards prevent this stall and add many options to the game. They also bring in almost every iconic Groo character, event, and location. Expands: Groo: The Game