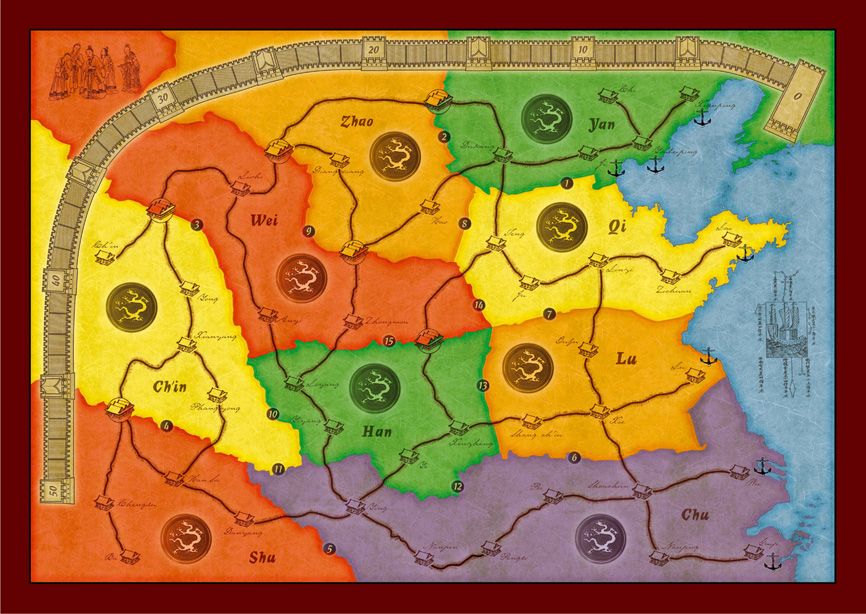 This is a free print-and-play map that allows to play a variant of the game China. The map adds two new features: • Border towns, which allow a player to place a house into a space that counts as belonging to both adjacent regions. • Port Towns, which act as an additional region that will be scored at the end of the game with the same house-scoring rules as other regions. These new features add a bit more complexity, depth, and confrontation while still maintaining the simplicity of the basic game. Expands: China