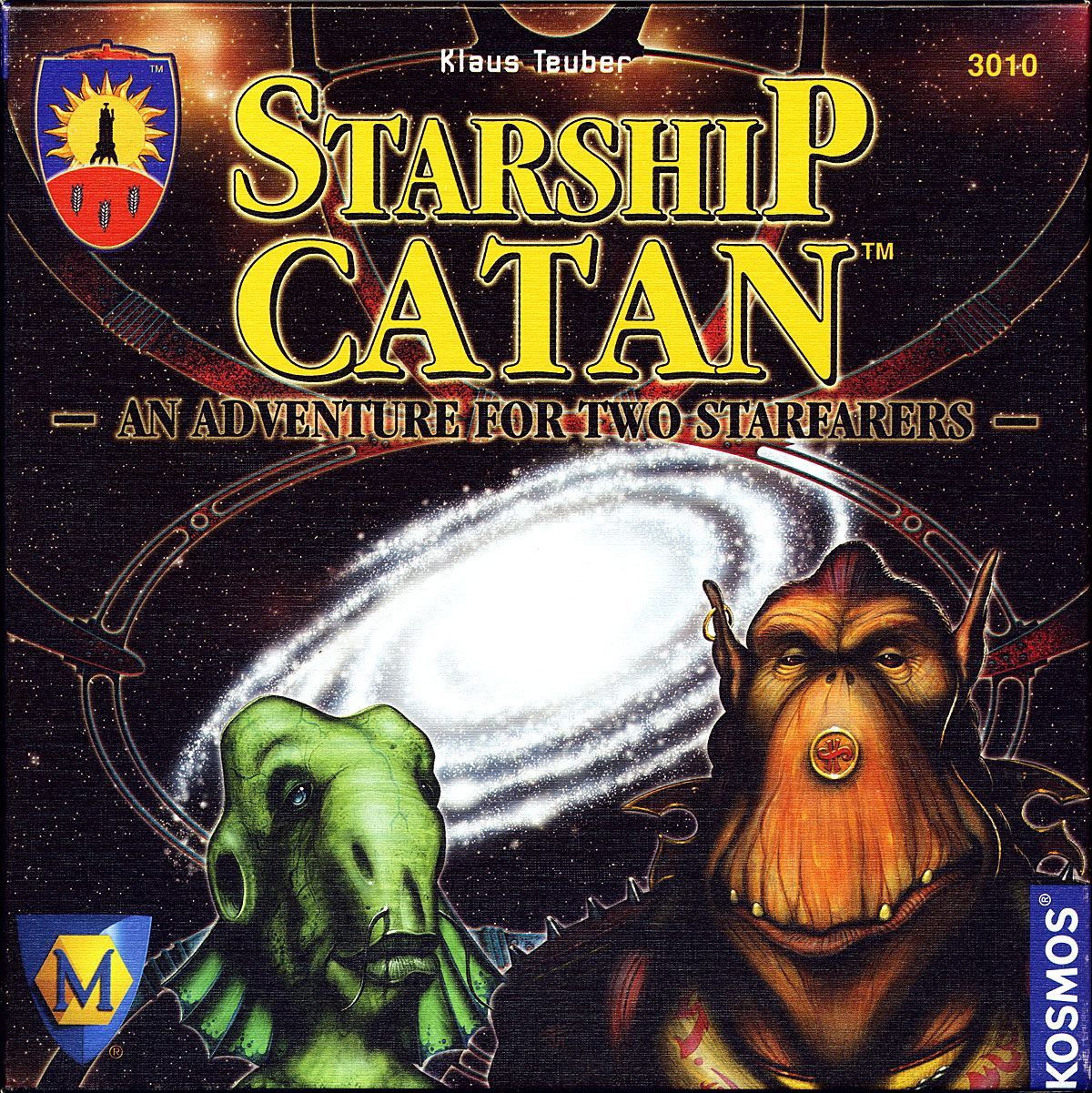 Starship Catan is a two-player card game that is thematically similar to Starfarers of Catan, but has different game play. Players explore randomly shuffled decks of cards looking for potential colonies, good trading deals, opportunities to help planets, and either avoid or combat pirates. Players can upgrade their ships' systems, including weapons to combat the pirates, thrusters to be able to explore further each turn, scanners to see (and avoid) cards that are coming up, and several others. Victory points are earned by establishing colonies, building upgraded ship's systems, having the most friendship points, and having the most hero points. The first player to 10 VP's wins. Starship Catan is part of the Kosmos two-player series and the Catan Series.