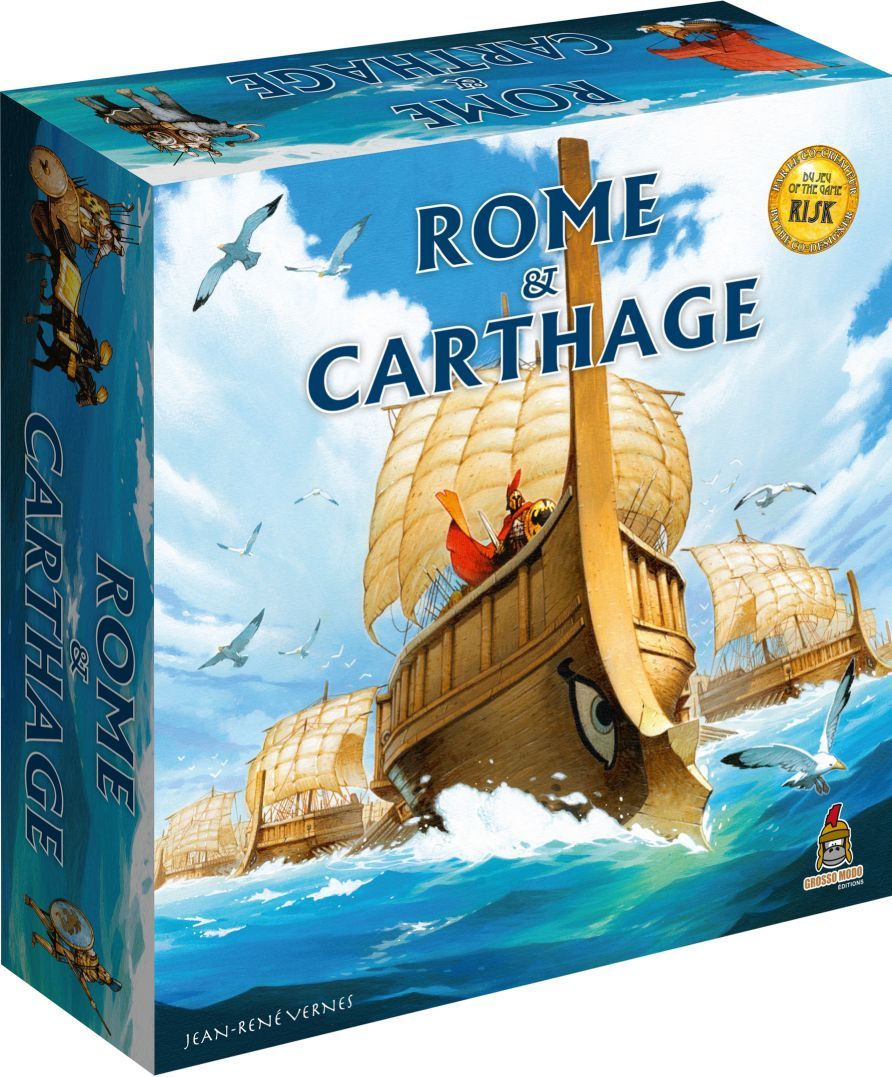 Rome & Carthage is a wargame set around the Mediterranean Sea. Each player controls one of four empires based in the cities Rome, Carthage, Constantinople, and Alexandria, and your goal is to occupy the other capitals and destroy your opponents' pieces on both land and sea. Each player controls different armies consisting of footmen, cavalry, elephants and galleys, each of which has different movement rules. In combat, each player plays two cards from his hand, with cards coming from a standard 52-card deck. Different units have different powers; the elephant, for example, doubles a player's highest card while the cavalry doubles his lowest one. Certain combinations of cards allow for special actions, such as seeing what your opponent plays before laying down your own cards.