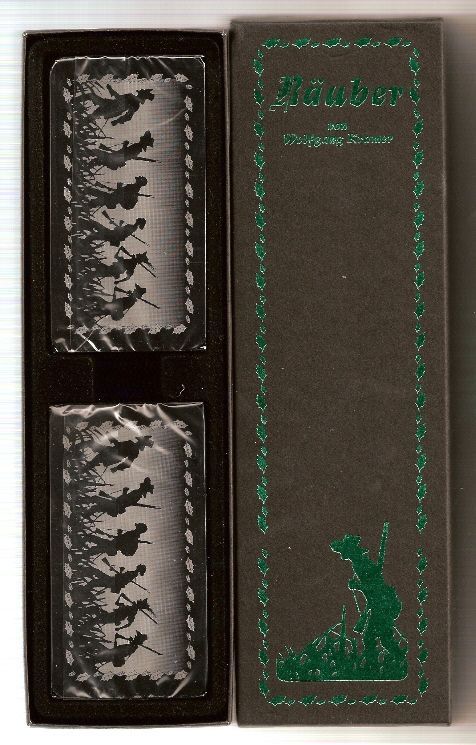 Released in Heidelberger´s beautiful series of card games (Korsar, Delphi, Thor). Reimplementation of: RÃ¤uberei New edition of the former Räubern by Ravensburger. More and new cards were added. Game starts with all 9 sack cards open on the table. Players play one of heir hand cards on top of any sack card and place that stack in front of them. Players keep on playing cards on any stack no matter if the stack is still in the middle or in front of a player. If the card played matches the top card of a stack a player "wins" the stack and place it in fromt of him. Or when you play a card that adds to the exact total of the sack card number you win the stack also and even close it for the rest of the game. Game ends when all cards have been played and player with highest total of all of his sack cards wins. Special rules for robbers and scoring sack cards. Game components 12 robber cards (all marked "R") 54 prey cards (2x2, 3x3, 4x4...10x10) 9 sack cards (numbered 26,27,28,29,45,45,70,70,100)