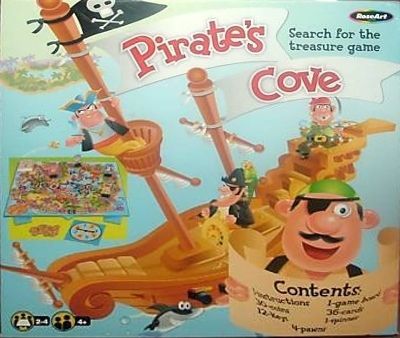 Join pirate Captain Redbeard on treacherous Skull Island for a Pirate's life of adventure! Players match keys to get maps, parrots, jolly rogers, and treasure chests. The first pirate to reach the ship with 6 gold coins wins! Match keys to get maps, parrots, and treasure chests. The Lego version of the game uses Lego figurines in the theme, other versions do not. Note: This is the same game as RoseArt's Pirate's Cove: Search for the Treasure Game.