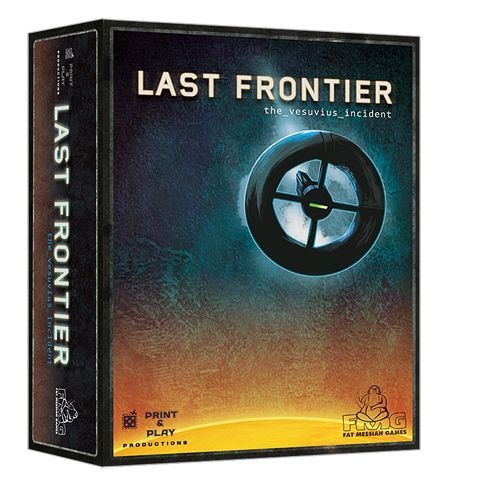 It Seemed Like a Simple Mission... Join the UN Colonial Marine Corps in this exciting solitaire game from FMG! Take command of a team of 12 heavily armed Marines as they board a crippled lab ship in a decaying orbit. Rescue the surviving crew, but beware of malevolent alien intruders, escaped lab animals, berserk robots and a sabotaged defense system. Work fast - the controls are smashed and the ship is plummeting towards a fiery end in the atmosphere below. The action is exciting and unpredictable from the minute you dock until the last shuttle blasts out! Can you make it back alive from the Last Frontier? Expanded to a multiplayer game by: The Artifact