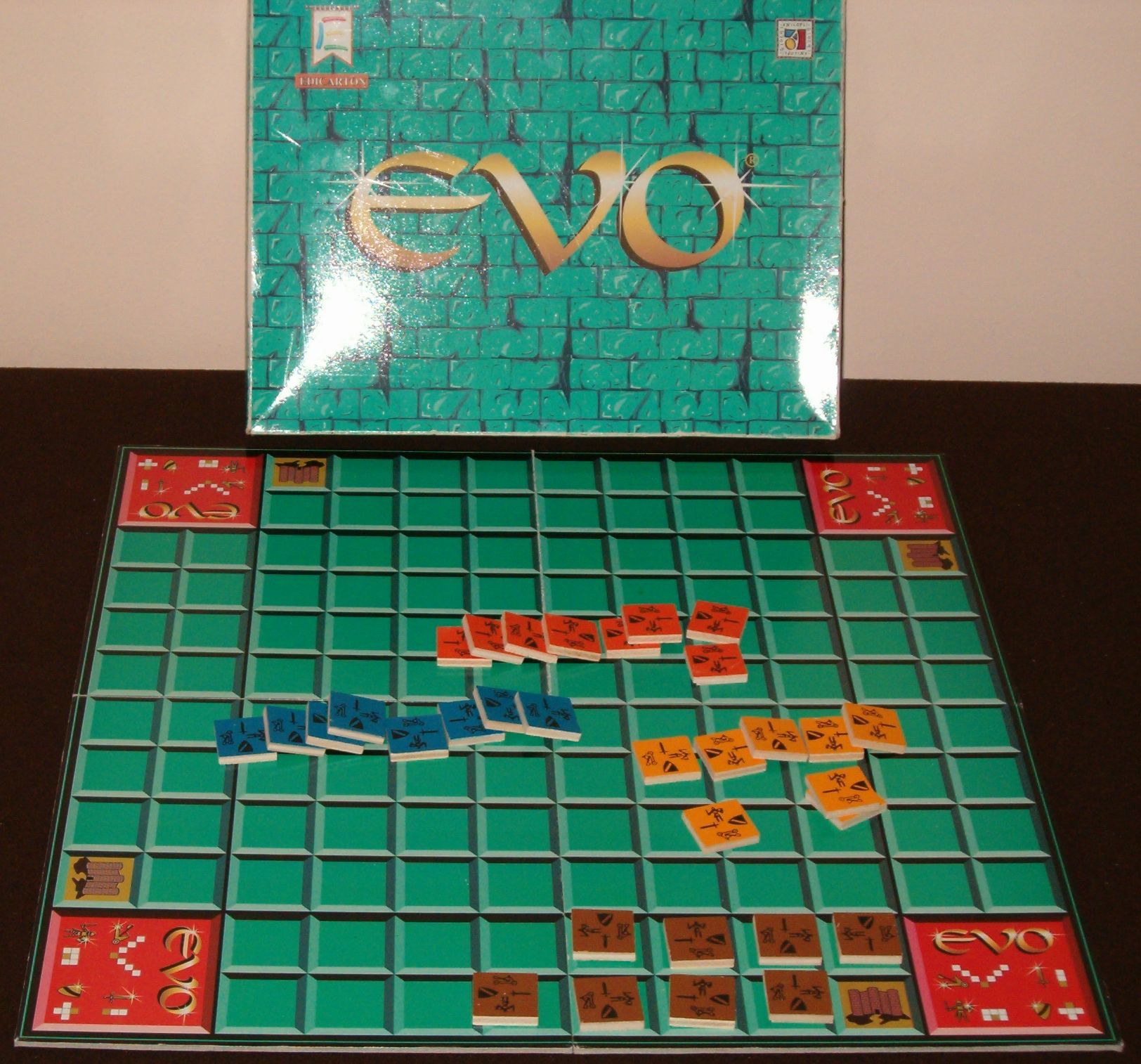 Summary and goal of the game Two or four players compete in a shared, cross-shaped board, formed by a central part 8x8 square and four 8x2 “arms”, attached on each side of the 8x8 square. The object for each player is to capture an adversary Castle, an immobile piece of its own color on one of the 4 arms of the board (facing for two players). To achieve this each player will make use of 8 pieces of his own color, initially placed in one of the arms of the cross, around his Castle. The Castle of each player sits in the nearest right corner of the board. The first player that captures an adversary Castle (or conquers the last piece of one colour) wins , thus ending game. Turn action: movement and capture On his turn, a player can move one of his square-shaped pieces. All the pieces (but the Castle, which as said before can not be moved) are equal to each other. Each of them can move in 4 diferent ways, according to the side of the piece facing “north”, north being defined as “forward” from the POV of the owner of the piece. So for example “north” for the player sitting on the east side of table will be westward, wile for the player sitting on the north side of the table it will be southward, and so on. On his turn the player can move one of his pieces in one of these 2 ways: - just rotate the piece in place (thus changing the piece movement type for the next time he will decide to move it); - move the piece and then (optionally) rotate it; A player can capture other players' pieces by moving one of his piece on a square occupied by an opponent's piece. Pieces can never “go through” or “jump over” other pieces, both of the same or different colours. Each piece can be oriented in four different ways (one per each side of the piece) enabling it to four different kind of movement. The active roles is the one facing “north”. These are the four roles a piece can assume: - Warrior: it moves 1 square and can't go backwards, in other words it can move to one of the 5 squares adjacent to it (W, NW, N, NE, E); - Blade: it moves 1 or 2 square “forward” (N); - Catapult: it can move up to 3 squares diagonally going only forward, as usual (NE, NW); - Shield: the only role that can go backwards, it can move up to 2 squares going South or just 1 square going diagonally (SW or SE). Begining of the game The first player to move will be the one opening the table. Then it will be the player on his left the one to move, and so on, going clockwise. We advise you not to distract from what the other players do: you can lose the game even if an enemy don't conquer your Castle (one wins, all others lose).