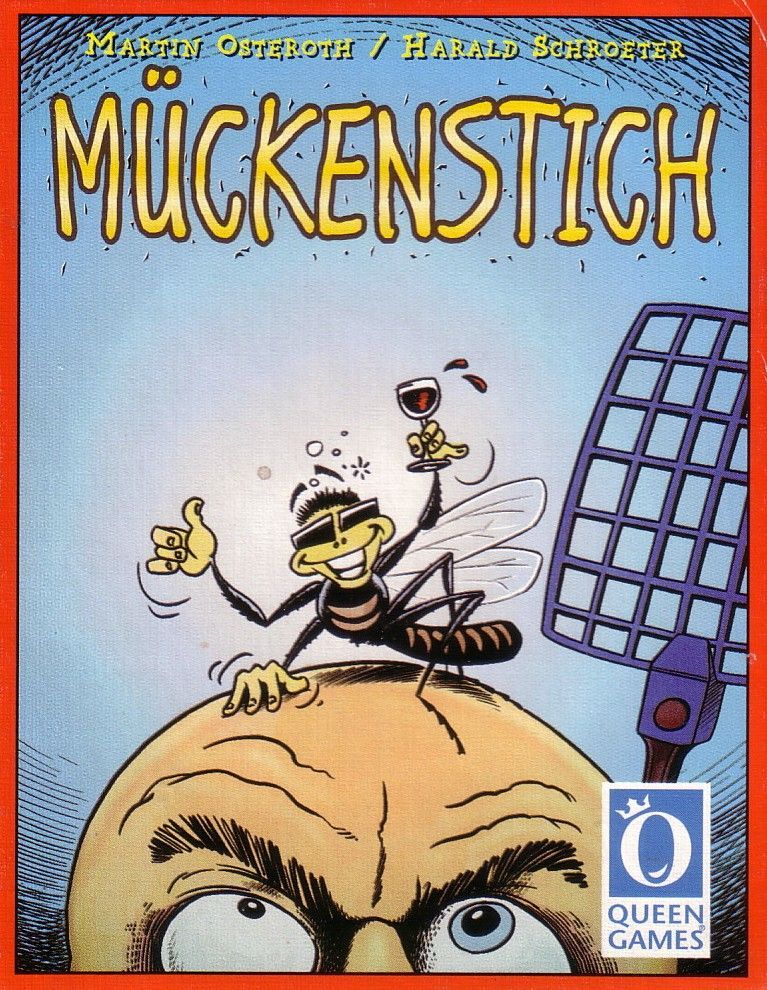 Mückenstich is a trick-taking card game with four suits, with each suit having cards numbered 1-12 (with two 12s) and three mosquitoes; a mosquito has no number but is the highest card in a suit. Each round, players start with a number of cards in hand, then discard two of those cards face down. For the most part, Mückenstich follows traditional trick-taking rules. The active player lays down a card, then each other player follows by playing a single card, following suit, if possible. Whenever a mosquito is played, that player declares one color to be trump. (The game starts with no trump color.) A mosquito or 12 played later in the round is considered higher than one played earlier. Once all players have laid down a card, the highest trump card (if any) wins the trick; with no trump, the highest card in the suit led for the round wins the trick. Players keep track of tricks won, and the winner of a trick leads to the next trick. Once all tricks have been played, the single player with the fewest tricks names one suit to count double during scoring, then the single player with the most mosquitoes names one of the three remaining suits to be worthless. Then players tally their points: The first mosquito in a suit is worth -5 points, while all other mosquitos are worth 0. Suited cards are worth 0-2 depending on whether they are worthless, scored as normal, or doubled. After a number of rounds equal to the number of players (or twice as many rounds with three players), the player with the highest total score wins.