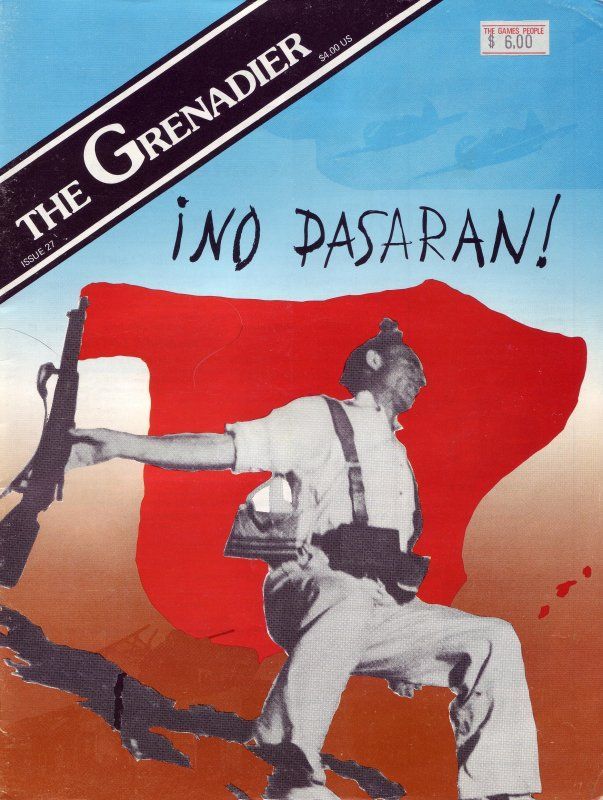 ¡No Pasaran! is a historical recreation of the Spanish Civil War using Europa map 23 contained in the Spain and Portugal Europa series module (1984). It is a two-player game, with one player controlling the forces of the Republic and the other controlling the forces of the rebel Nationalists. Both players attempt to force the other side to the point of collapse by occupying key cities. Special rules have been included to reflect peculiar regional and political problems of Spain in the 1930's. Three scenarios have been included for those not wishing to play the campaign game. Counters unmounted. This variant is approved for use with Game Designers' Workshop (GDW) Spain and Portugal module for Europa. Rules and counters printed in The Grenadier 27, Jan-Feb 1986. This Europa add-on was subsequently very much revised and expanded by the designers as the full-blown Europa series game For Whom the Bell Tolls in 1995 which covers the Spanish Civil War and possible involvement by Spain and/or Portugal in WWII operations initiated by the Axis or Allies.