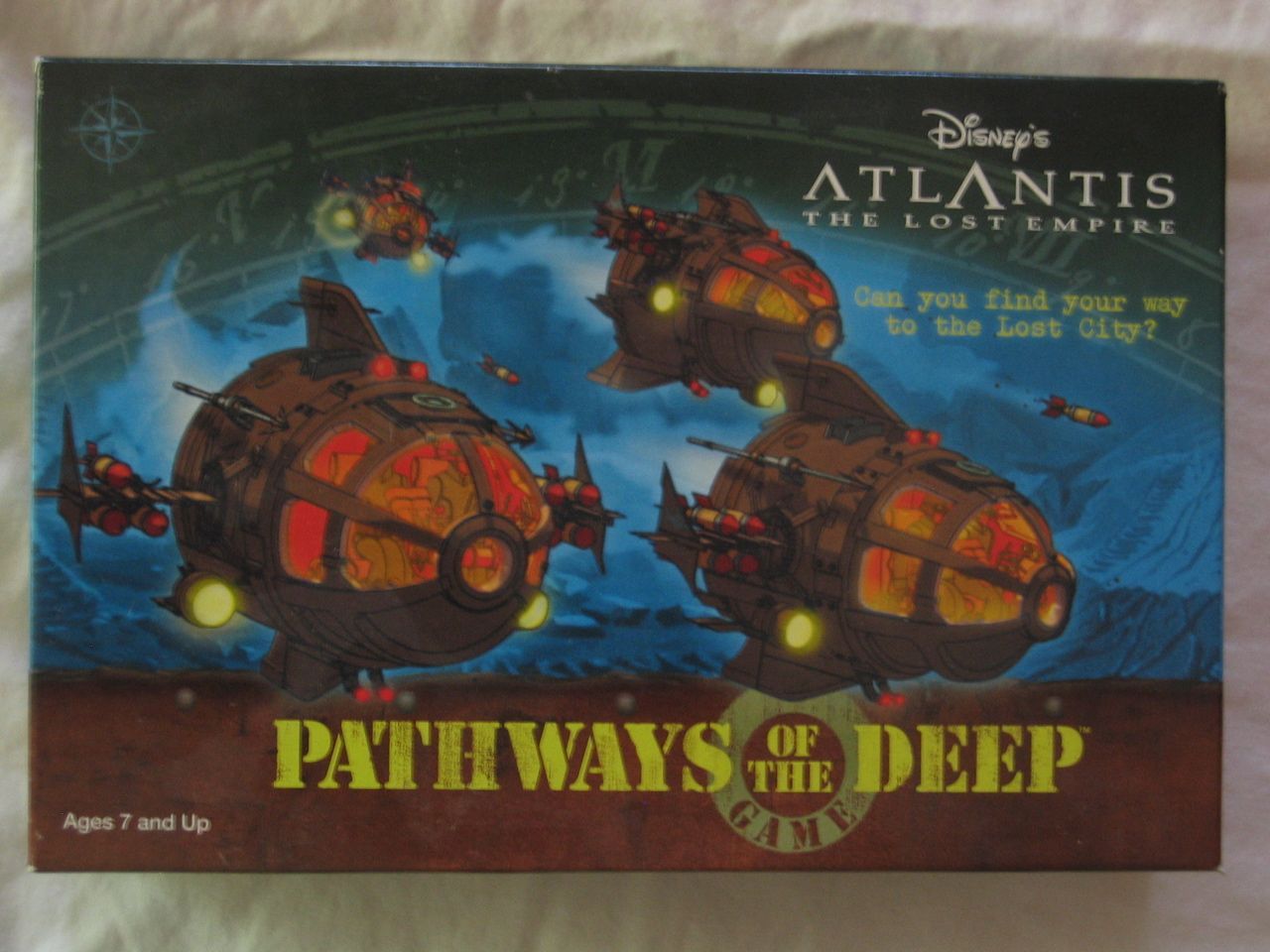 Based on the Disney movie, each player must move his sub from a corner of a 9x9 frame to the center. Each player has a hand of 4 tiles and plays 2 each turn. Tiles show either pathways that can be played on to the game frame or they show special actions such as removing tiles and moving extra spaces. In lieu of playing tiles, players may rotate a tile already on the board instead. A player can then move his own sub 2 spaces on available paths or move an opponent's sub one space.