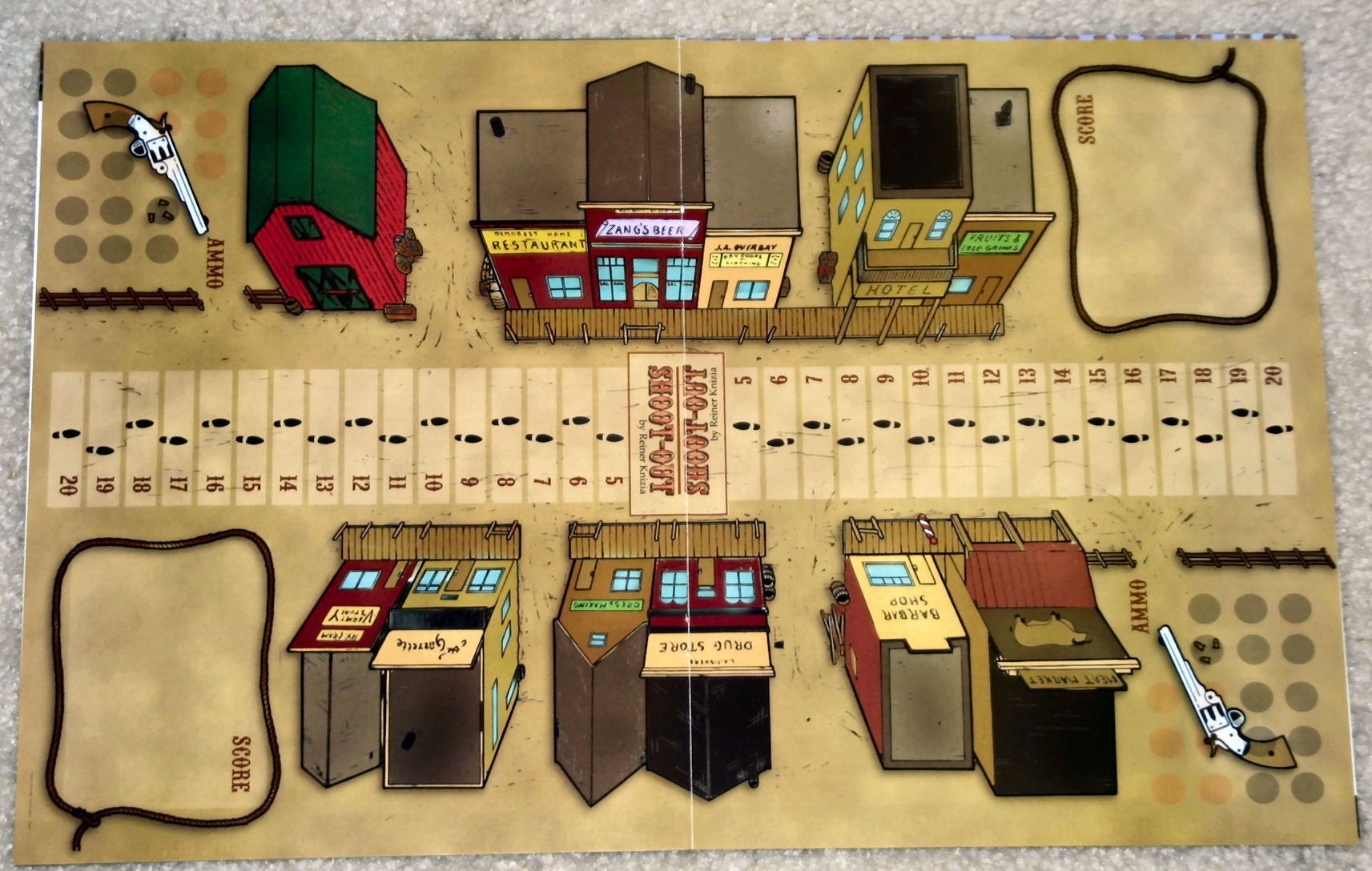 This Knizia 2 player game was originally released in issue 17 of Games Unplugged magazine in June 2002. Shoot Out was re-released in February of 2012 as a bonus item in the DVD Going Cardboard: A Board Game Documentary. It is high noon in Silver City, Texas. Your opponent faces you on the other side of the street. Deadly Silence. Step by Step you edge closer towards your foe. Your hand wavers above your gun-belt. The game plays from duel to duel until one player picks up cards with a total value of 14 or more. On each turn a player may move(closer to his opponent) or shoot(you have 2 guns: a colt and winchester rifle). Optionally either player may choose to end the duel and retreat(picking up more ammo).