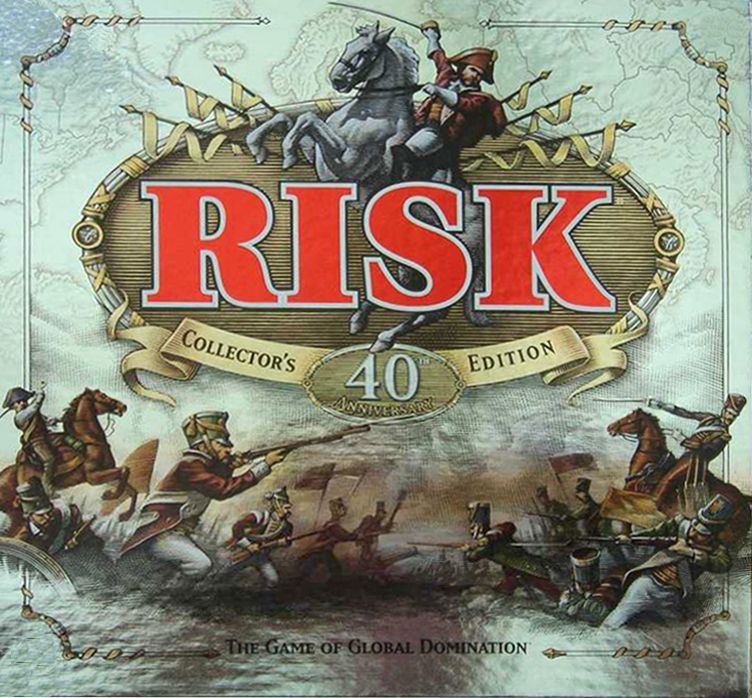 This 40th anniversary collector's edition was published in 1999 to mark the fortieth anniversary of the original game of Risk. Parker Bros describe it as a "deluxe" anniversary edition. It includes a redrawn world map and each gameboard carries a unique number denoting the "limited edition" status of each set. The "battle dice" are a special edition and the armies are die cast miniatures, each army being provided with a drawstring pouch for storage. Each set carries a special certificate of authenticity and there is little doubt that many sets have been purchased as collectors' items rather than for ordinary play. Re-Implements: Risk