All is lost save Honour - Universal Statistics 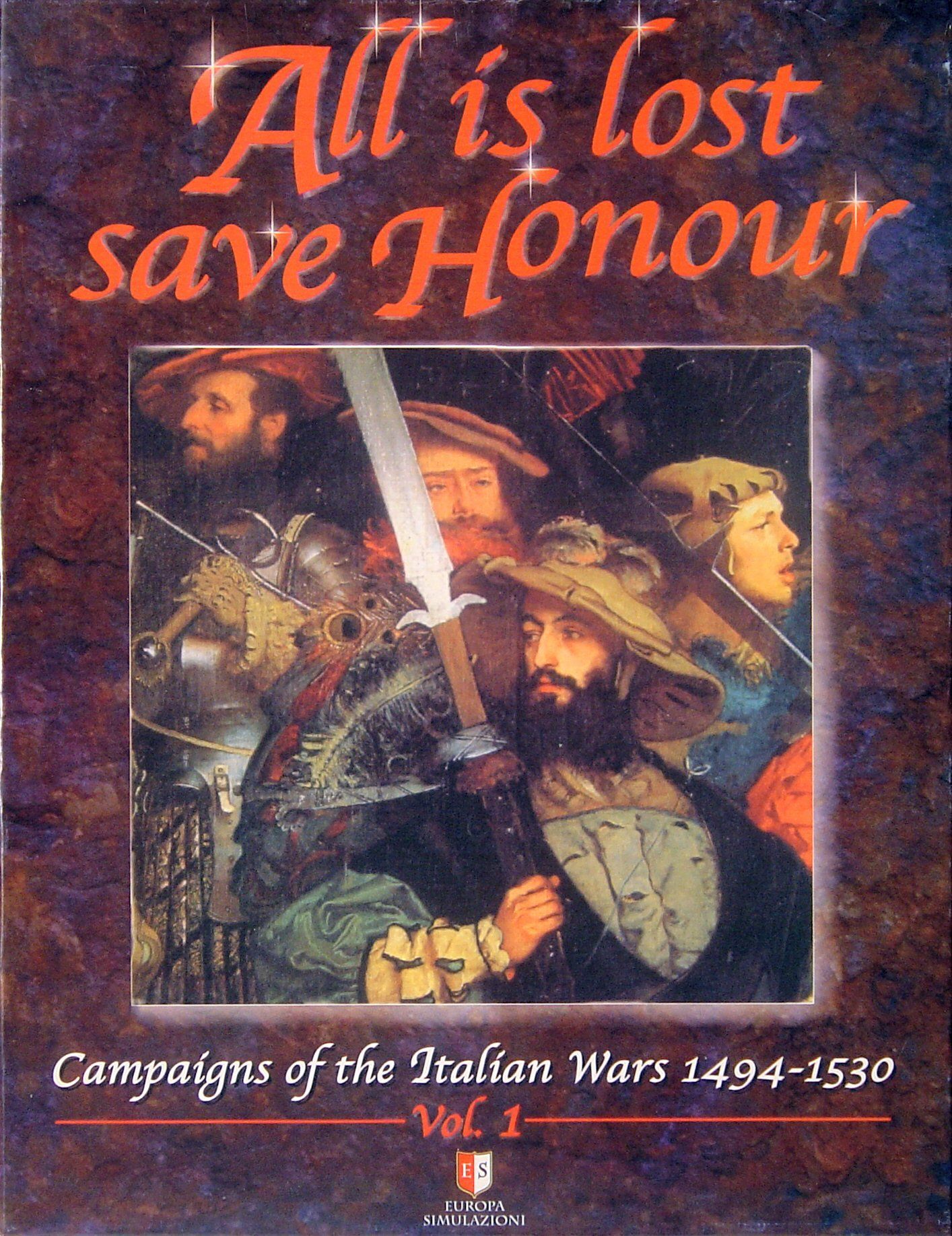 from Europa Simulazioni website: “All is lost save Honour” is a game about the campaigns fought during the Italian Wars (1494-1530), mainly between the Hapsburgs (the Empire) and the Valois (the French kingdom). The first volume is devoted to campaigns between Agnadello (1509) and Pavia (1525) All began after reading Taylor’s “The Art of War in Italy 1494-1529”, London, 1920. Soon that period looked extremely interesting to us and nearly neglected by the wargame community. Our intent was to generate any interest, among “aficionados” and historians, about that ancient era, when the first applications of modern strategy in the art of war took place. This is the time of charges of cavalrymen with the finest gliding armors; of the first use of fire arms and artillery (with some effect); sieges, mercenary troops, treachery, pillaging and all that “chrome” that may enlighten a wargame. Those campaigns were led to bring to “the battle”, which was often decisive, we decided to bring in a detailed sequence of the main battle (said “Major Battle”). So in the game, there are three kinds of battle: Major Battle, Skirmish and Siege with the Major Battle involving different tactics played by each side. The map represents Lombardy in the XVIth century and the neighbors states. The sources for the maps were new books and old manuscripts and maps, among which a manuscript dated 1520 (!), regarding the state of the roads in the area between Lodi and Piacenza. Many books have been written about this subject and I think we have read the most important ones. We had to make a selection of all those campaigns fought in Italy during the Italian Wars. The five campaigns we have included are: - Agnadello 1509, Venice defends its Republic against the foes. - Novara 1513, the Swiss against the French army. The last triumph of the Swiss. - Marignano 1515, François I grabs the Duchy of Milan from the Swiss - Bicocca 1522, the French lose the Duchy of Milan - Pavia 1525, François I loses the largest battle and Milan to the Empire Game Highlights: new game system, operational-level, devoted to warfare in the XVIth century campaigns highly interactive sequence of play, focused on maneuver and careful planning various forms of combat: Major Battles, Skirmishes, Sieges set of Exclusive Rules and specific rules and events for each campaign a 22" x 34" fine-art map , reproducing a part of XVIth northern Italy, based on an accurate study of ancient maps and sources gorgeous iconic counters representing all the main Capitani who fought there and the different combat units detailed (as it is possible) order of battle, with combat units differentiated by strength, maximum movement, quality and reliability very low counter density and limited play time