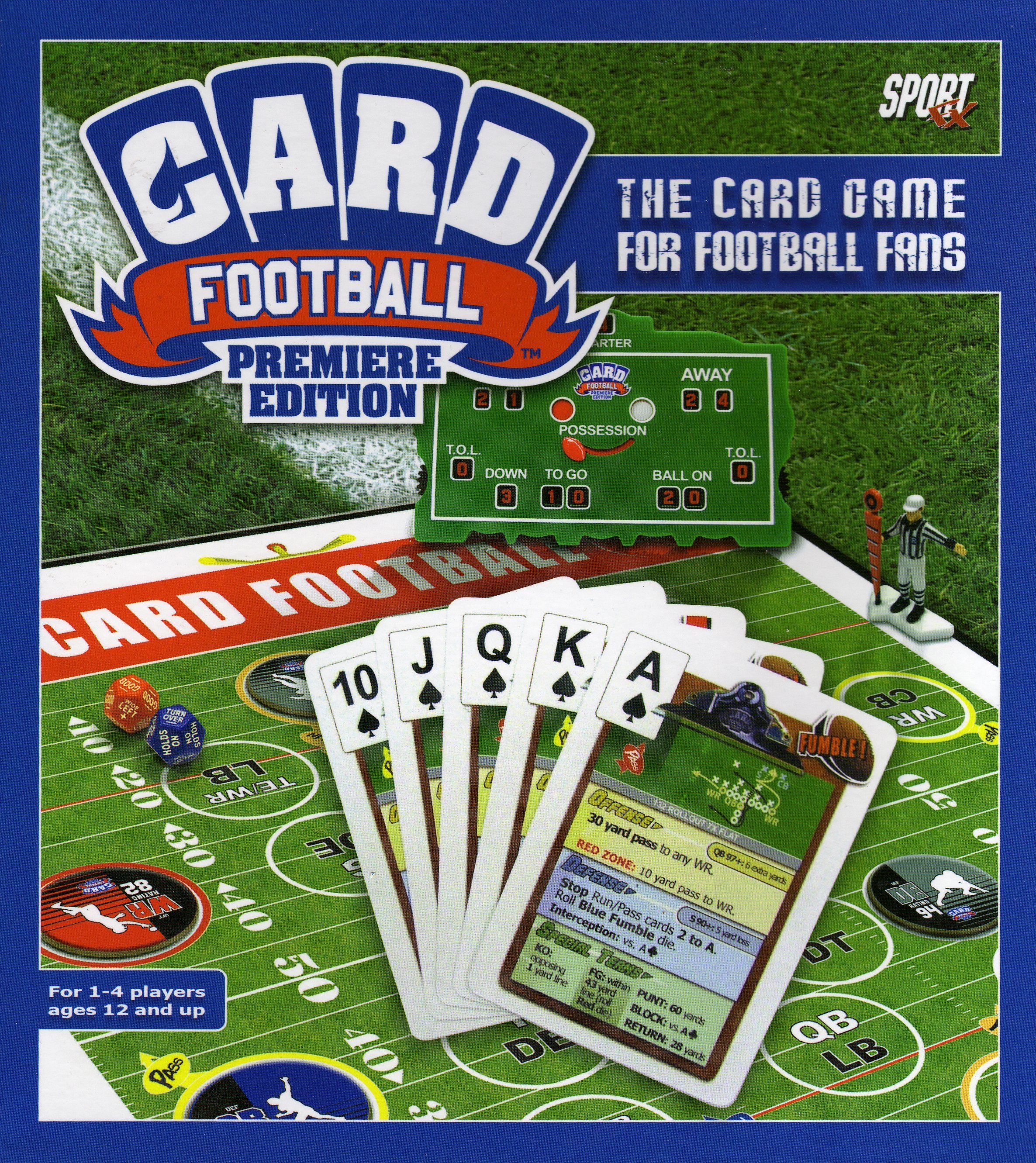 Card Football is a playing card-based board game which follows the basic rules of American football. Players battle to win the down by playing the strongest hand. Game play combines elements of classic playing card games to simulate the action on the field. Players must decide how best to play their cards. For instance, cards can be played individually, in pairs, two pair, three-of-a-kind, or five-card poker-style 'Power Hands'. Much like a football coach deciding what play to call, or the quarterback choosing his best option, players must decide whether to play strong card(s) immediately, or to hold back in hopes of using it to put together a stronger hand. Other elements of Card Football include team and player chips, game board, a score board, a referee/yard marker and dice that are used for fumble, field goal and injury situations. Card Football allows for one, two, three and four-player modes. The single-player game mode is set up so that an individual can take on 'the system' and pick up the basics of the game before challenging friends in an all-out gridiron battle. In addition, the learning curve with Card Football is remarkably low. Typically, the game is learned in two to five minutes, or after a few series of downs. If it happens on the field, you'll find it in Card Football. From field goals, punts and extra points, to fumbles, interceptions and last-second heroics, you get it all in four quarters of Card Football action.