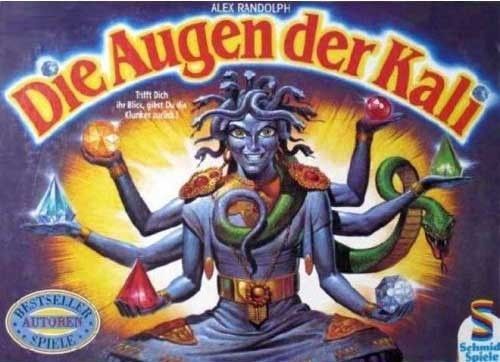 Players take turns moving a figure towards the goddess Kali, collecting gems as they move. They draw cards one at a time and move as many spots as indicated on the cards and get corresponding gems. If they quit before drawing a bad card, then they keep the gems. Otherwise the gems are lost in addition to 1/4 of the player's hoard. Play continues until the figure reaches Kali or the second Kali-waking card is drawn (the first one causes the drawing player to lose half of his gems).