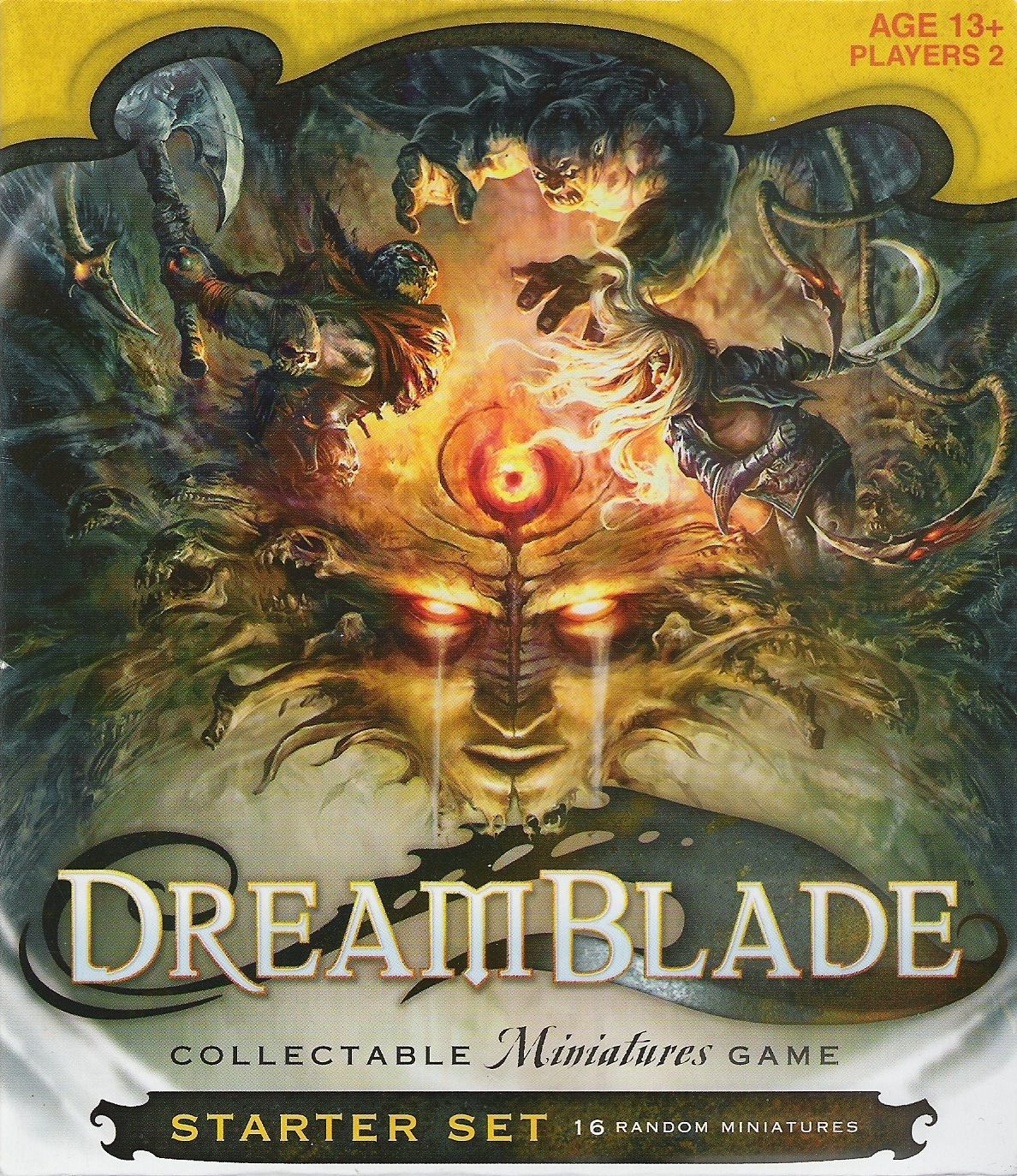 From the publishers website: In the near future, specially trained psychics called dream lords venture deep into the dreamscape. Here they explore a shifting landscape of ancient archetypes, modern terrors, and mismatched elements of the waking world. This is the shared unconsciousness of humanity, the boundless well of hopes and fears that makes us human. The reality they create in this timeless realm reverberates through the minds of dreamers everywhere. Some dream lords seek to protect it, others to dominate it, and others to destroy it. The Dreamblade collectible miniatures game allows you to project your mind into the dreamscape and wage war against an endless sea of rivals. Draw upon psychic energies to create formidable creatures that you control in battle. Confront your opponents, destroy their creations and drive them from the dreamscape! Current status : The game has been discontinued as of October 2007, no more new sets will be produced. Released Sets: Base Set - 96 miniatures Baxar's War - 60 miniatures Chrysotic Plague - 60 miniatures Anvilborn - 60 miniatures Night Fusion - 60 miniatures