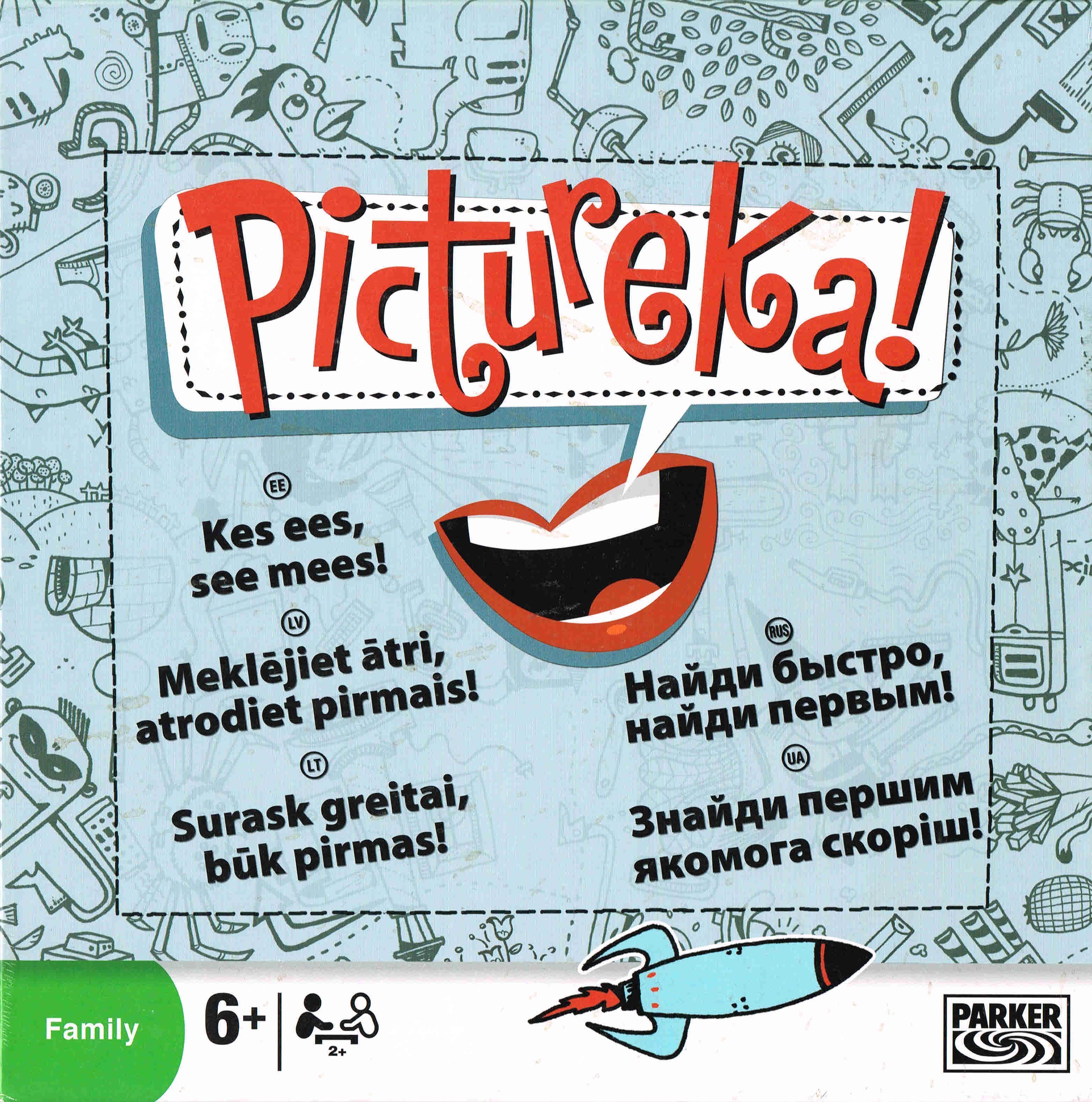 From the designer & publisher: Pictureka! is a new kind of game, both in mechanic as in artwork. The mechanic is invigorating with its large square gaming tiles. The game board is composed of 3 by 3 game tiles, so the game board on which is played is a huge square of 63 cm x 63 cm. This is large enough for several players to be able to play the game at the same time. The game board is “alive”, it is not a static board as the tiles are flipped over, turned and moved. So it is not possible to memory map the board. The mechanic of an ever changing board makes it not only fun; also the challenge is kept into the game all the time. A game turn Players will have to throw a color dice at the beginning of their turn. According to the color thrown (3 possibilities) they must draw a mission card of the same color. There are 3 kinds of missions. How to win the game? Be the first one to have successfully accomplished 10 missions. Each successful mission gives 1 point, so be the first one to get 10 points. The artwork is something not to be found in ‘standard’ games. The personal drawing style of the artist Eugene makes this a kind of playing artwork.