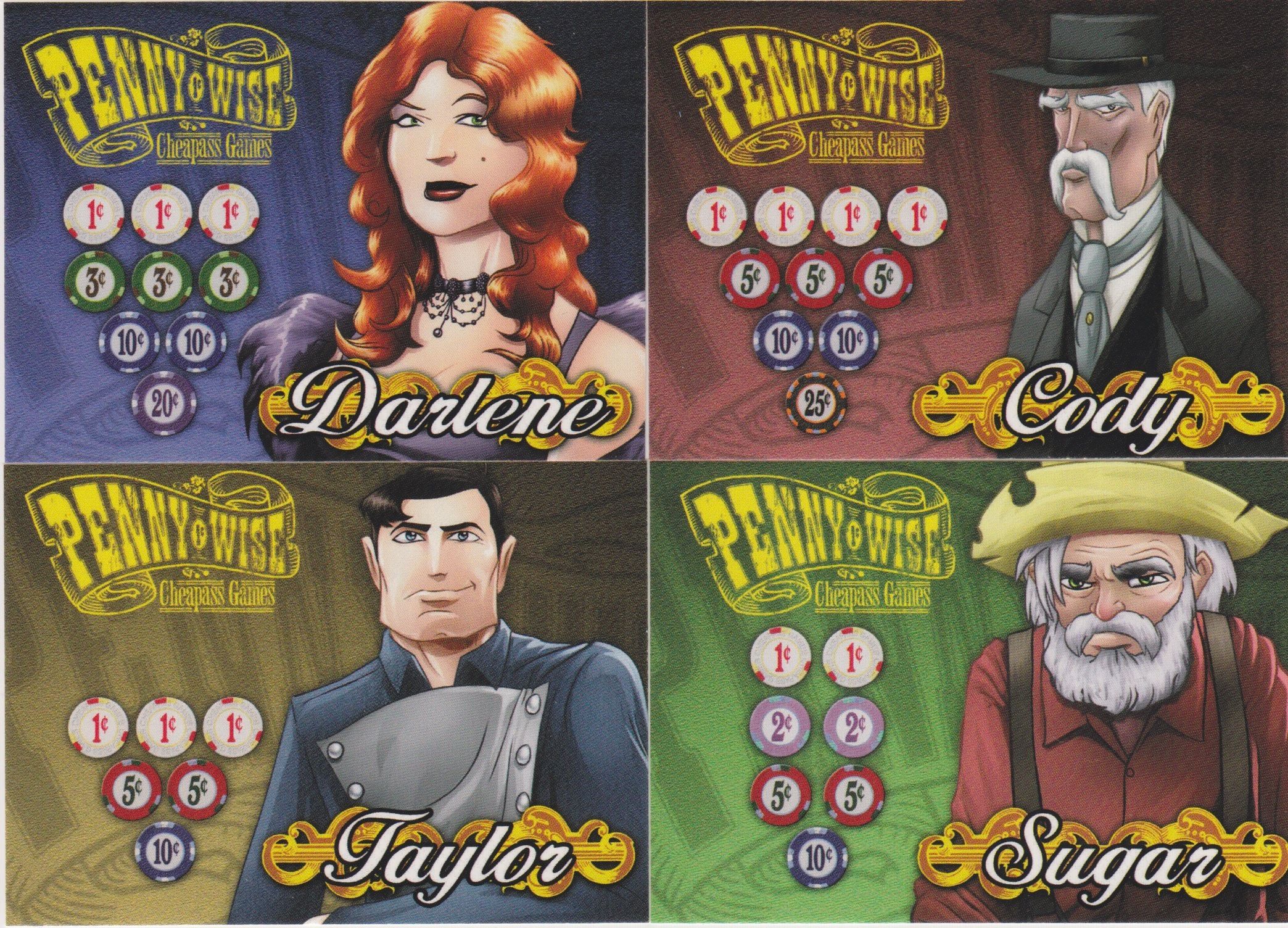 Each player starts with an assortment of coins. Each turn, a player places a coin in the center of the table and takes change up to one cent less than the value of the coin played. The object of the game is to be the last player with any coins left. Fight! was originally printed on the Cheapass Games business card. It was later released as Pennywise, which was included in Chief Herman's Holiday Fun Pack. It was reworked into a dice game as Flip. An unnamed and unpublished precursor used ten different cards with different abilities and different assortment of change, and eventually transformed into Button Men. Note: The game is now available as a free print & play game on the Cheapass.com website (under the Pennywise name).