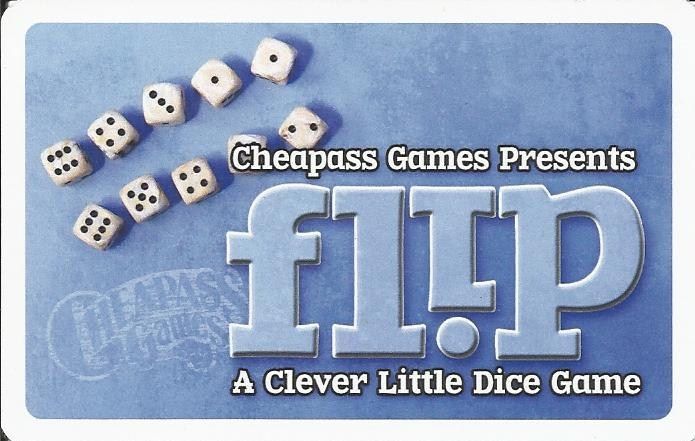 Flip is a strategic change-making game for two players using ten six-sided dice. Each turn, a player may either flip or play. If they choose to flip, they simply turn one of their dice over (making a one into a six, a two into a five, etc.). If they choose to play, they force their opponent to put one die of their choice into the pot, taking back other dice totalling less than the value of the die played. The last player holding dice wins. Flip was invented as a dice-based variant of Pennywise. It was published in two very small-run magazines and inlcuded in Chief Herman's Holiday Fun Pack.