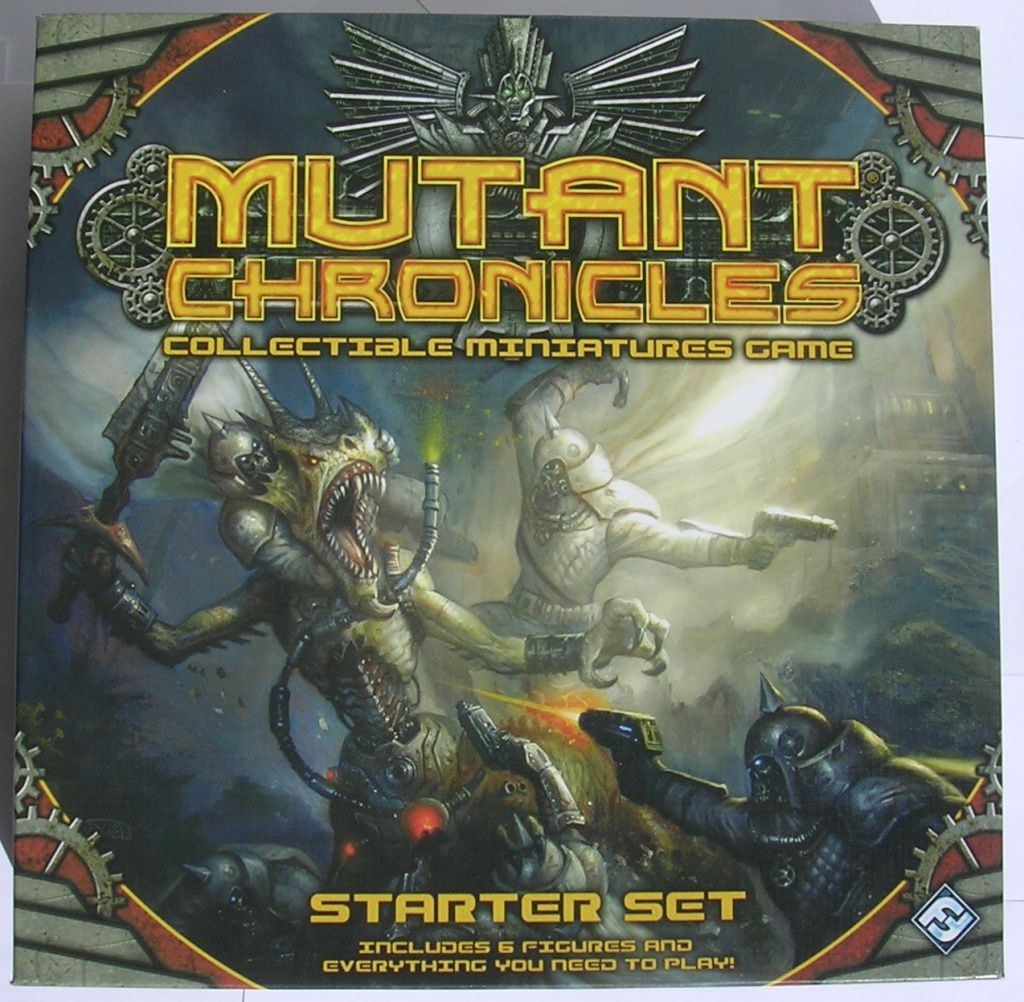 54mm scale science fiction collectible miniatures game released in 2 player starter packs and booster packs. Mutant Chronicles is set in the far future of our own solar system, where Mega-corporations battle each other as well as a dark invader. Power-armored doom troopers, magic, and monsters mix in this exciting dark future space-fantasy setting. On June 27, 2008, Fantasy Flight Games Announced that this game will no longer be released in a blind-purchase format. On April 9, 2009, Fantasy Flight Games Announced that they will discontinue this game.