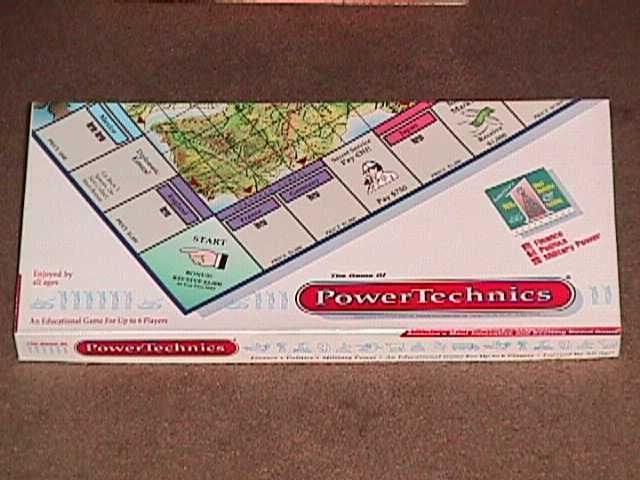 My copy is dated 1992 but the copyright goes back to 1978 (it was renewed in 1980 and 1982 as well). The game is a sort of cross between Monopoly and a light wargame like Risk. The board has an outer track, very Monopoly like, but a map occupies the space inside. It is divided into 16 countries, forming colour groups known as Cartels. As you go around, you buy up "countries" to charge other players "port fees"; the countries can have their industry developed by buying Factories (e.g. houses/hotels). The Community Chest/Chance cards have been replaced by Spot Market and Commodity Exchange decks, which are used to simulate a player's speculating on the spot market. A key difference from Monopoly is that you can build up your military and use it as an alternate means of conquest.