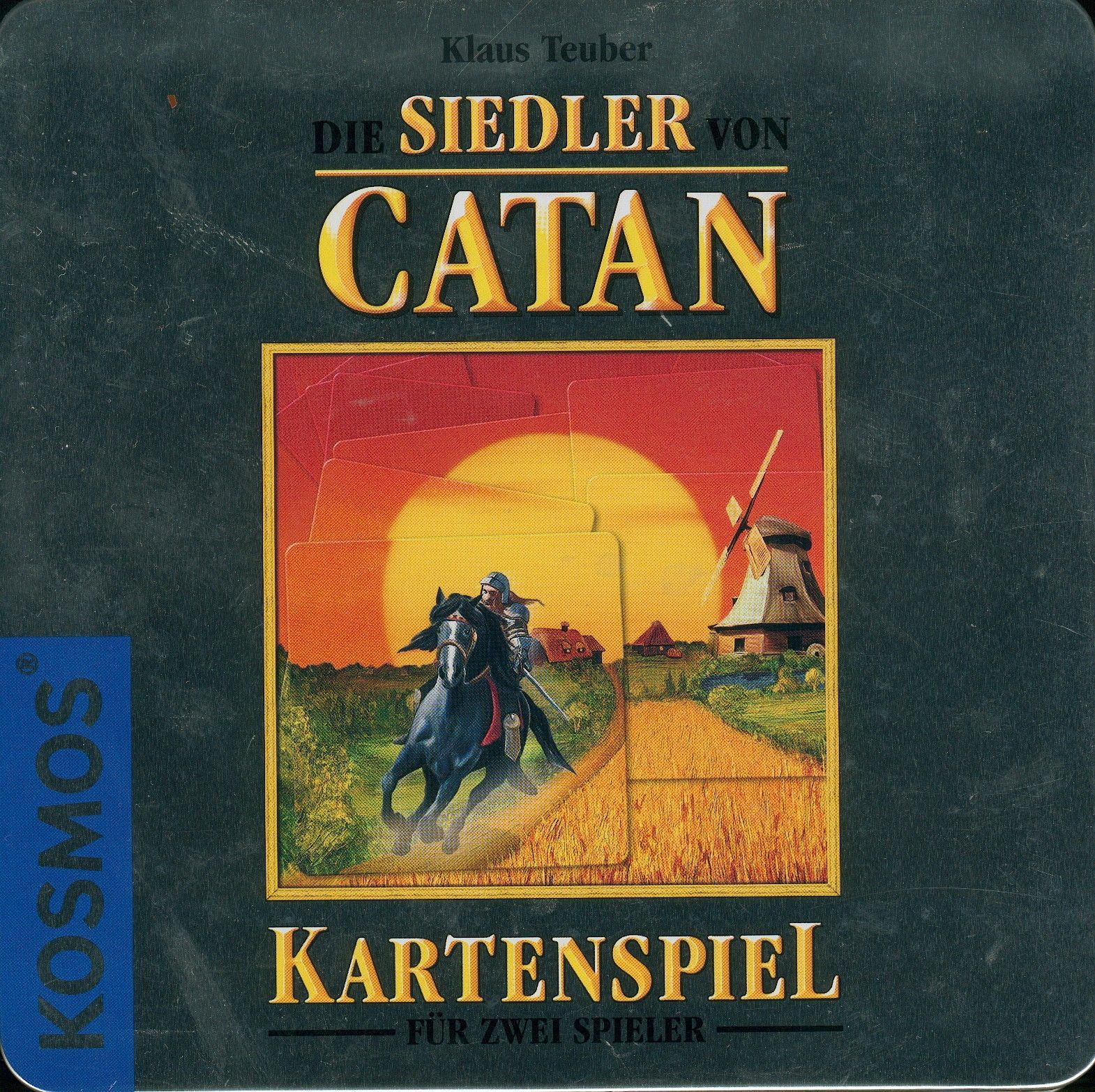 This limited 10th anniversary special edition tin box includes the base game plus the latest expansion from 2006, Künstler & Wohltäter (which wasn´t released separately before Essen 2006). Also included are a nice victory point counter and plastic miniatures of the mill and the knight. If you leave out the plastic inlay, it should be possible to fill in all your Catan - The Card Game expansion cards. Since this collector´s item won´t see an international release anytime soon (if ever !), you´ll have to live with the German or Dutch tin box, but could you simply put your own cards into the box of course and that should do the trick ;) Belongs to the Catan Series.