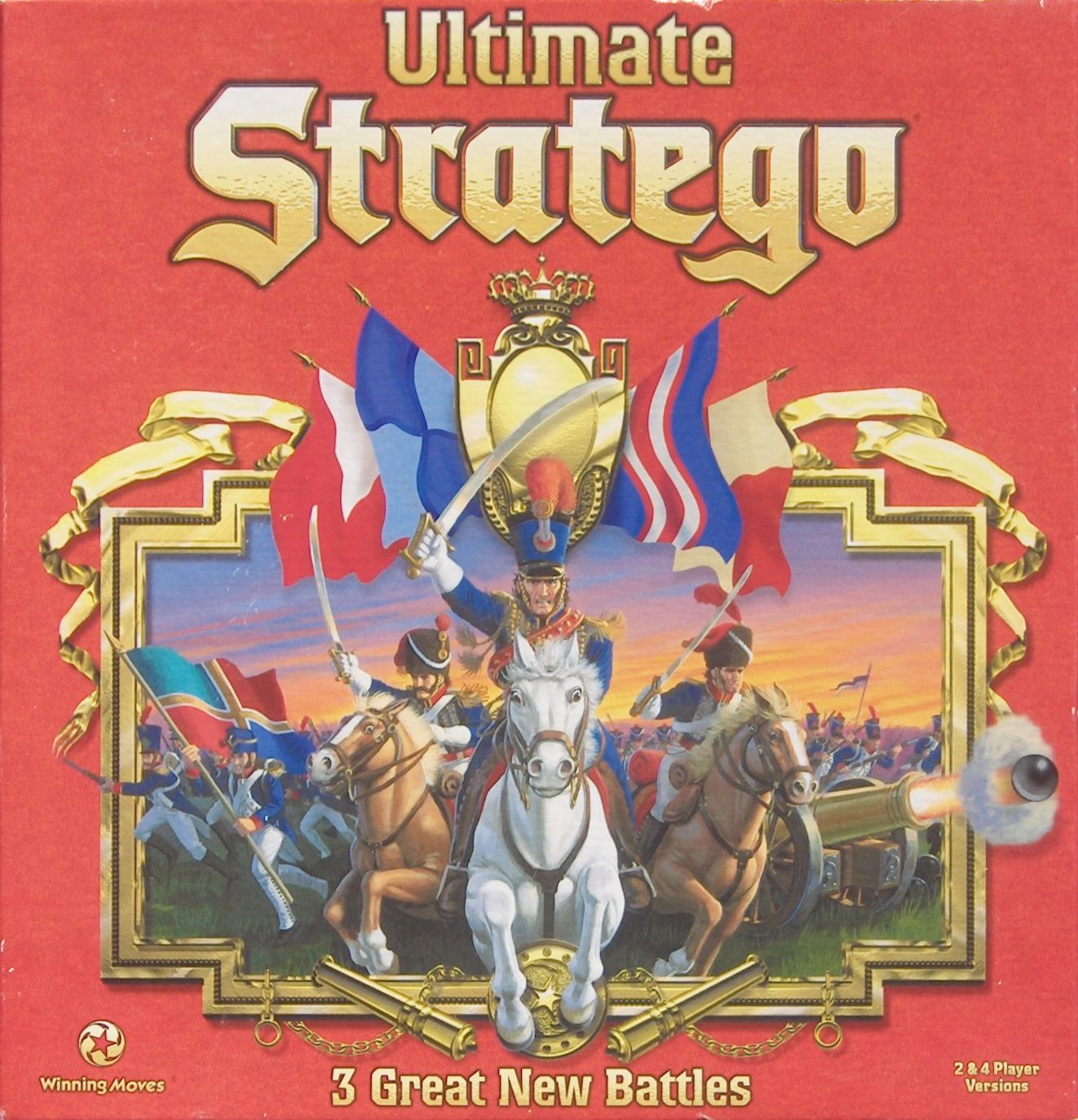 Ultimate Stratego is an updated version of the original which introduces 3 new gameplay modes. The Lightning Game pits 2 players against each other in fast-paced 1-on-1 combat. The Campaign Game introduces 4 army combat, giving each player control of 2 armies instead of 1. Finally, the Alliances Game is a 4 player partnership battle. Ultimate Stratego features a double sided square combat board and introduces revised rules and new ranks to the original game.