The Halls of Montezuma - Universal Statistics 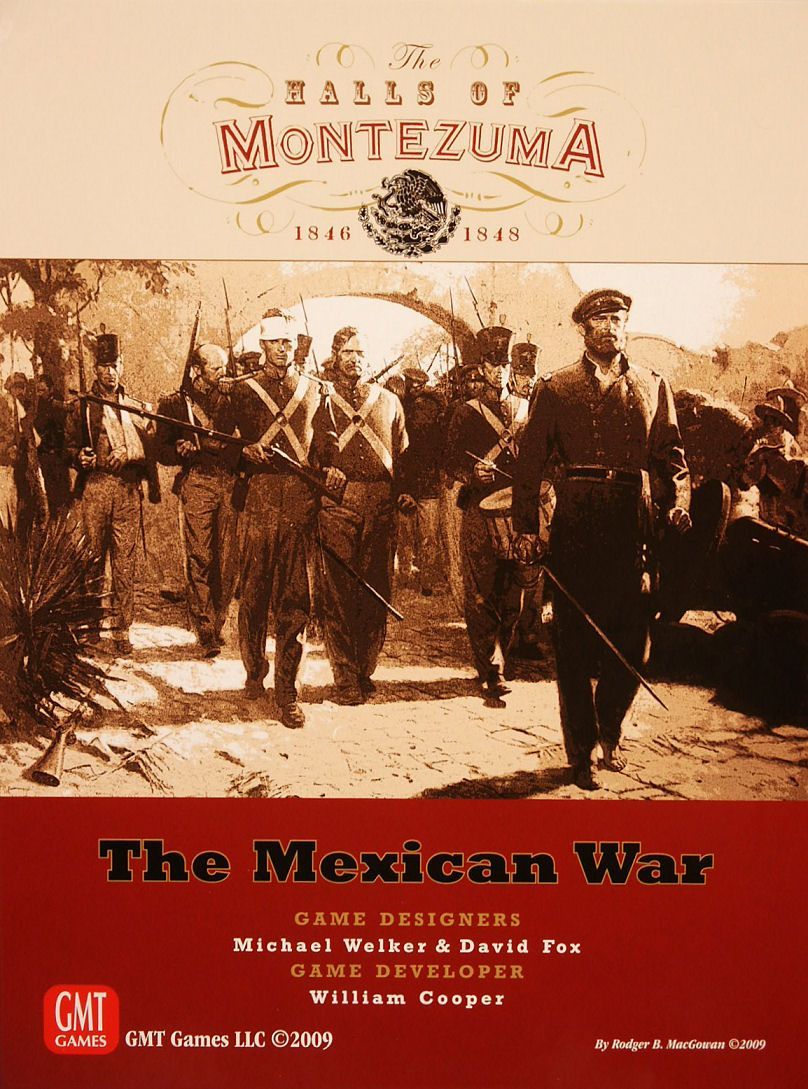 The Halls of Montezuma is a fast paced game of the Mexican War which takes you back to the era of Manifest Destiny. The Halls of Montezuma is a Card Driven Game, allowing players the opportunity to recreate the various events and actions in Mexico from 1846 to 1848. The historical cast of characters is here, from Doniphan to Arista, Scott to Santa Anna. Even Lee, Jackson, Beauregard and Grant make appearances. Strategy card play allows you to move your forces, make events happen, activate the fleet, secure control of your lines of communication, and even invade Mexico with General Scott. The outcome is never a foregone conclusion. Victory comes from driving Mexico's political will down to zero; but each battle's outcome is in doubt - a few troops performing superbly can defeat many troops performing poorly. Mexico can achieve a quick sudden-death victory before the U.S. has declared war and can bring its force to bear. (from GMT website) HoM offers a single campaign scenario playable in two to three hours, given sudden death victory conditions. This makes the game ideal for an evening of friendly play as well as for tournaments and play-by-email. If you enjoy the other CDG's, HoM brings you the Mexican-American War in a format that hearkens to the design elegance and playing time of We The People ™, the ground-breaking game by Mark Herman. HoM uses mechanics and cards to capture the excitement, tension, and uncertainty of this rarely simulated conflict from American history, the war that was a training ground for so many generals who would become fierce enemies in a later conflict. Can Mexico emerge as a new North American power or will the United States fulfill its Manifest Destiny? DESIGNERS Michael Welker & David Fox DEVELOPER William Cooper COUNTER ART Rodger B. MacGowan & Mark Simonitch MAP ART Tim Schlief CARD ART Mike Simonitch