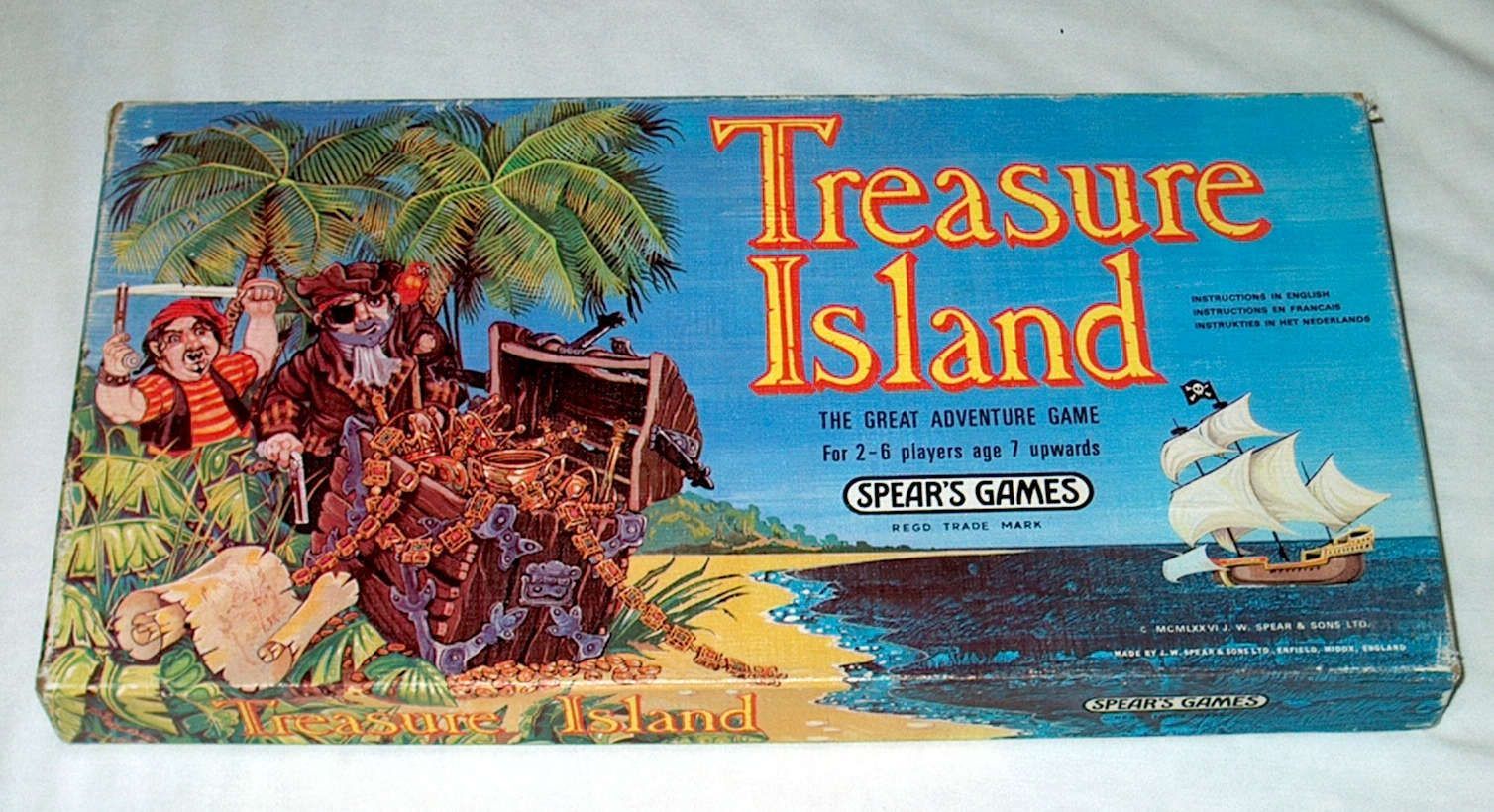 Welcome to Treasure Island! it’s on this lonely desert island that Captain Flint one of the boldest buccaneers ever to sail the seven seas, once hid all his treasure. He intended to return to Treasure Island one day to claim his booty, but (like so many pirates) he drank too much rum and didn’t live to see either the island or his treasure again! Today there are six other adventurers on Treasure Island and each one of them is now searching for Flints fortune. They are:- SQUIRE TRELAWNEY, the owner of the good ship Hispaniola which is moored off the coast of Treasure Island and which has been taken over by its mutinous crew, a band of rascally pirates. DOCTOR LIVESEY, the ship’s doctor and an old friend of Squire Tretawfley. CAPTAIN SMOLLETT, the worthy captain of the good ship Hispaniola who has been betrayed by most of his crew. JIM HAWKINS, who is the cabin boy and one of the bravest lads ever to go to sea. LONG JOHN SILVER, who is the ship’s cook and the fiercest of all the pirates. To get his hands on the treasure, he will double-cross anyone —even his fellow pirates. BEN GUNN, who is the wild man of the island and, unlike the others, didn’t arrive on the good ship Hispaniola. Once upon a time Ben Gunn was a member of Captain Flint’s band of pirates and it was that cruel captain who left him stranded and alone on Treasure Island. All six are racing to find Flint’s hidden treasure. It’s an exciting race, as you'll discover when you play the Treasure Island game.