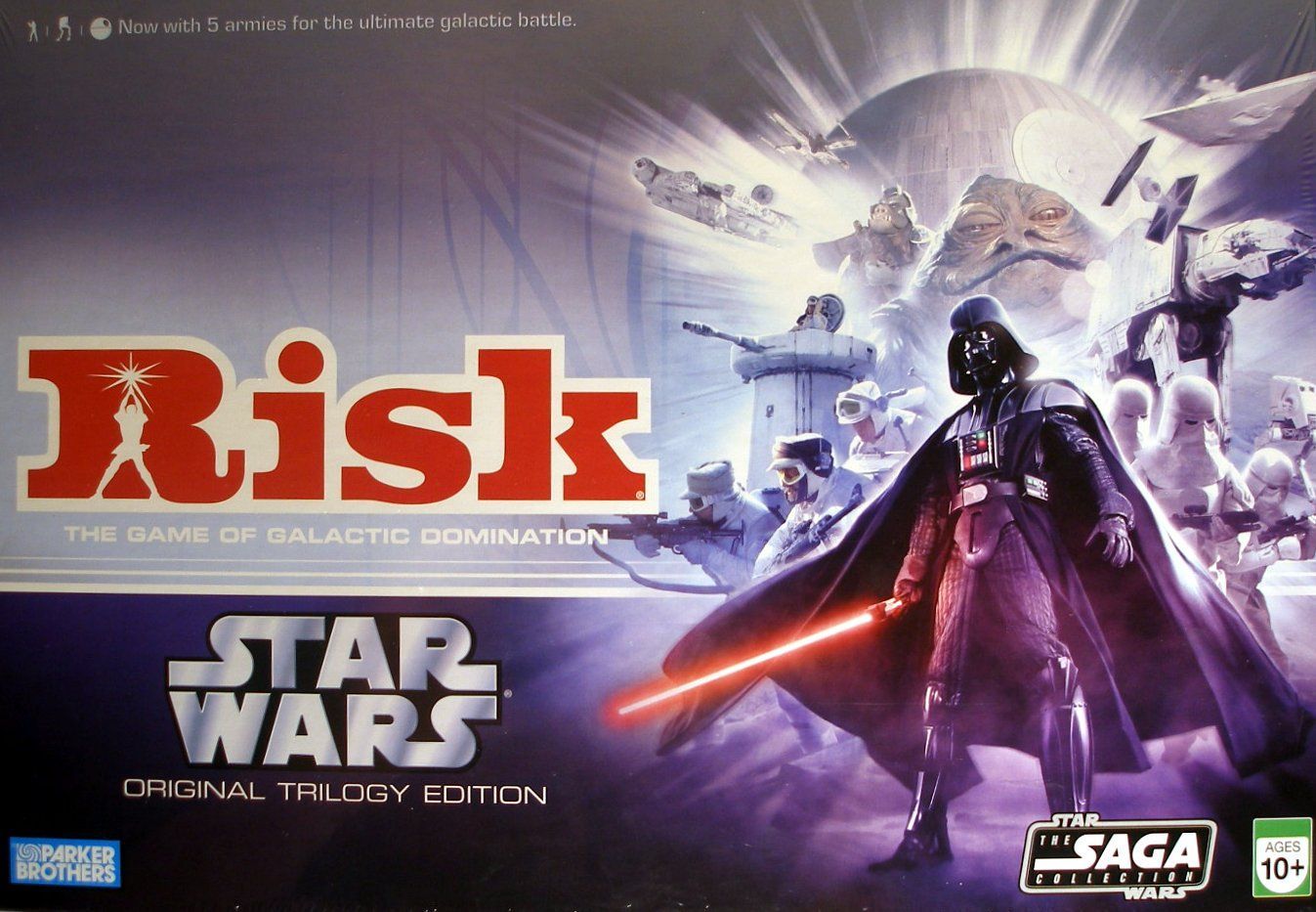 2 to 5 players ages 10 and up There are 3 factions in the game, each with its own victory conditions. • The Rebellion must find and destroy the Emperor, who will be hiding at one of his Imperial Bases. • The Empire must eliminate all Rebel forces. • The Hutts must take control of 10 out of the 13 resource planets. Players choose to play as the Rebels, Empire, or Hutts and battle for domination of the Galaxy. The Empire can use the Death Star to terrorize all and the Rebels can grow in the Force as the game goes on by attacking Imperial Bases. Heroes and villains like Luke, Han, Darth Vader, and Boba Fett come into play on the many faction cards that can be played throughout the game. Each faction can enhance their attack with ships. The game includes 2 Death Stars and enough sculpted pieces representing the Rebels, Empire, and Hutt factions for 5 players. The Risk game play has been updated and enhanced with cards, ships, and The Force to represent the Star Wars Original Trilogy. Re-implemented by: Risk: Mass Effect Galaxy at War Edition