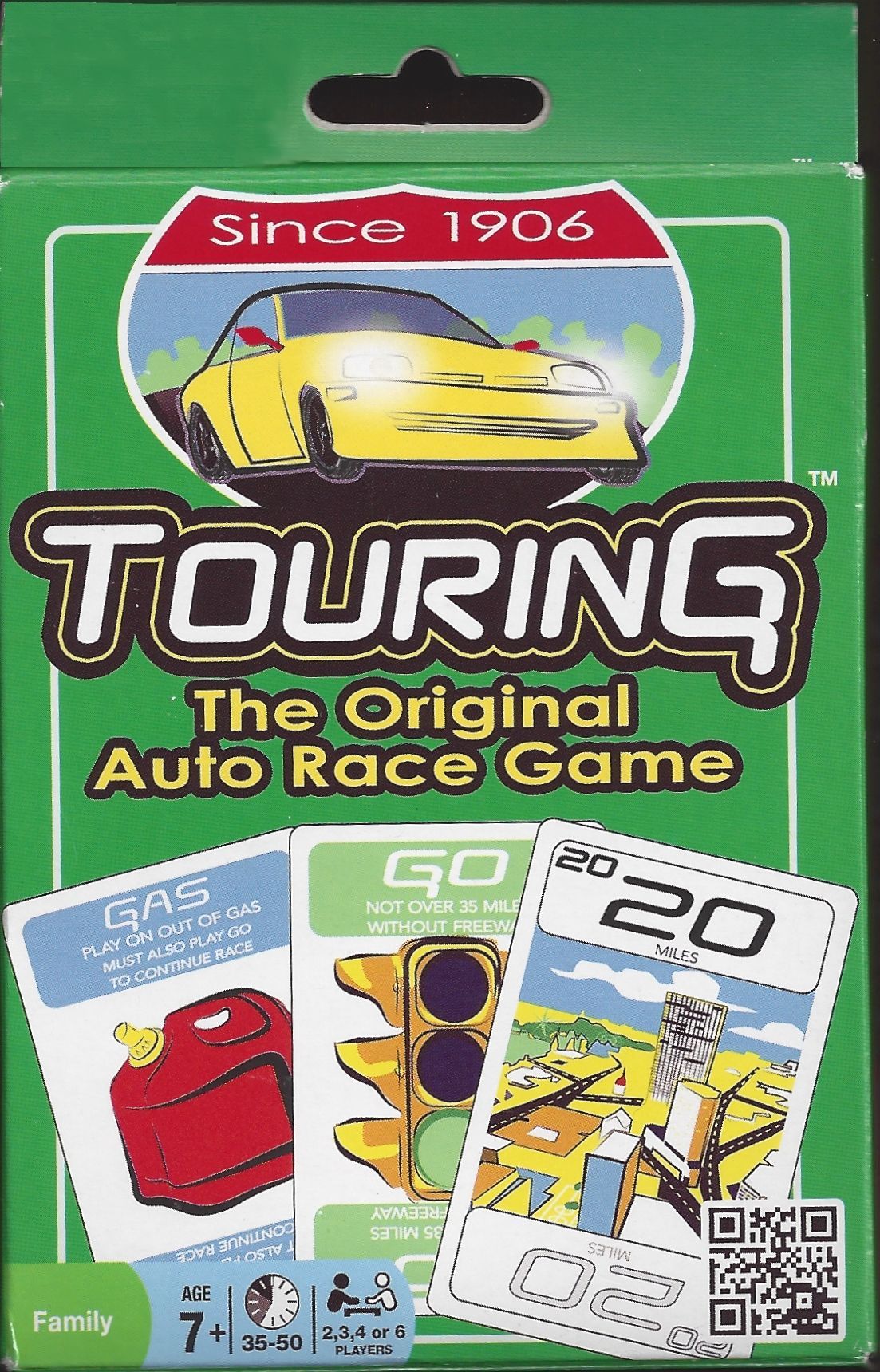 Touring is a card game which has the theme of an automobile trip. The object is to be the first player to complete a particular set of mileage cards. In all versions of the game you need 16 mileage cards to win. From lowest to highest the required card counts are 8, 4, 2 AND 2. Other players will try to slow you down by playing cards against you which cause you to loose mileage cards, or to play "problem" cards for which you must fix by playing a corresponding "remedy" card. The game can be played in partnership for the 4- and 6-player versions, with each partnership playing as a single driver. Touring was originally published in 1906 by the Touring Card Company, then sold by Wallie Dorr, and then later picked up by Parker Brothers in 1924. Winning Moves Games currently (2015) holds trademark for and publishes Touring. If the mechanics sound familiar, it is the inspiration for the game Mille Bornes, which has since become more popular. As driving technology improved, mileage and card names became outdated, thus replaced with longer distances. There are multiple sets of rules reflecting these changes. The final edition added some card categories. The action card types are different between Touring and Mille Bornes. For example, Mille Bornes adds the "protective" cards, e.g. Emergency Vehicle which allows you to ignore speed limits. Thus in Mille Bornes a player has more decisions to make. See also: The Lindy Flying Game - A 1927 Nucraft Toys version of Touring based on Charles Lindbergh's flight across the Atlantic. Lindy, the New Flying Game - 1927 Parker Brothers sequel where Touring card play has been themed on Charles Lindbergh's flight across the Atlantic. Mille Bornes - A similar game to Touring, first published in 1954. Wings: The Air Mail Game - Another "flying" game like Lindy, but card deck split into two parts with different colors. Stap op - The Dutch adaptation (bikes!) of the classic game Touring, from 1950 and still published today. Stap op is the Dutch adaptation (bikes!) of the classic American game Touring (cars!).